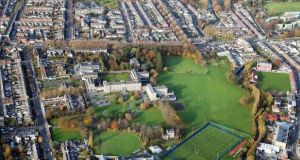 Dalata, the country’s largest hotel group, has struck a deal with the GAA to operate a new 200-bedroom hotel beside Croke Park on lands acquired from the Catholic church.

The hotel, which will be built on the grounds of a seminary at Clonliffe College, will operate under Dalata’s Maldron brand. It is believed the hotel will be run by stock market-listed Dalata on a long lease of possibly up to three decades.

The hotel will be developed by the GAA, although the organisation is believed to be considering syndicating the project to other investors in the future. The commitment of the country’s largest hotel company to the project on a long covenant is likely to make it a much more valuable proposition for syndication.

Planning permission for the project has yet to be sought, and a builder has also not yet been selected, although construction company McAleer & Rushe, which builds many of the new hotels run by Dalata, is in the running.

The new-build hotel is part of a major development planned for more than 30 acres at Clonliffe College which has been purchased by the GAA for up to €95 million. The sale of the lands by the Archdiocese of Dublin required ultimate approval from the Vatican, it is understood.

An initial 12.8-acre section of the site, to include the hotel and also several GAA pitches and associated facilities, will be developed first. The rest of the site is being sold on to international developer Hines for housing.

The GAA’s annual report this week revealed that more than €22 million of the purchase price for the overall site has already been paid. The rest will be paid in three further tranches in coming years.

It will be the second hotel project which the GAA has become involved in in the area. The Doyle family runs another property, the Croke Park Hotel, opposite the Hogan Stand of the stadium on a site that was originally developed in conjunction with the sporting organisation.