Over 200 jobs announced by nine firms in Dublin and Waterford 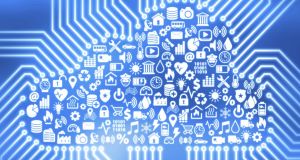 The new jobs in Dublin and Waterford will be in software engineering, finance, sales, technology, customer support, operations and marketing

More than 200 jobs have been announced by nine North American and European companies for Dublin and Waterford.

The new roles will be spread across a number of sectors with a range of activities including software engineering, finance, sales, technology, customer support, operations and marketing.

Among the IDA Ireland client companies announcing jobs was Dublin-based tech firm Smartfrog, which said it would more than double its Irish operation to 60 people from the current 25. Co-founder Andreas Rudykis said the company was seeking to add 35 jobs as soon as possible to its Dublin office as it expanded its international operations. The new jobs will include roles in finance, sales, marketing and support.

“We see Ireland as the hub for our English-speaking world,” Mr Rudykis said. “We are building from Ireland abroad.”

Established in 2014, Smartfrog opened its office in Ireland in 2015. It also has offices in Germany, China and Switzerland. The firm has developed a universal Internet of Things platform, starting with security and monitoring with its Smartfrog app, Smartfrog Cam and video storage.

The company said Ireland’s high-tech ecosystem was a key factor in its decision to locate here, as was ease of access to English-speaking markets.

The company recently announced a new financing round of €20 million to fund growth. That brings its current total to €28 million. “We will invest in growth in the company – new jobs, sales and marketing, and increasing the reach of the product,” Mr Rudykis said.

Separately, Endura Technologies, a fabless semiconductor firm providing power-management solutions to the microelectronics industry, is adding 40 engineers to its Irish operations, resulting in a 50-strong R&D team by the end of 2018.

Other companies taking on new staff include MacStadium, which is adding 35 new jobs at its European data centre and international headquarters in Dublin, and hospitality property management system software firm Cloudbeds, which is taking on 20 people in Dublin.

Telnyx, a next-generation provider of wholesale real-time communications and VoIP services, is hiring up to 20 network, develops and site-reliability engineers in Dublin next year to create a full-platform engineering team to support global deployments.

Compar, a specialised image processing and robotics provider, said it would establish an engineering development and sales centre in Waterford with the creation of 15 jobs over the next few years.

The news was welcomed by Taoiseach Enda Kenny and Minister for Jobs Mary Mitchell O’Connor.

1 HSBC board rethinks overhaul and seeks even deeper cuts
2 ‘Over 1,000’ pubs have interest in Covid-19 insurance test case
3 Will remote working mean an end for the corporate HQ?
4 Fruit and vegetable firm obtains interim court orders against technical manager
5 Reopening economy does not cause coronavirus spike – researchers
Real news has value SUBSCRIBE