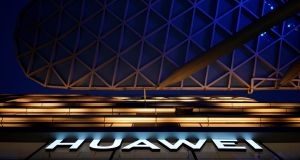 Eir is using some Huawei equipment in the non-sensitive aspect of its telecommunications. Photograph: Aly Song/Reuters

Among the telecommunications companies planning to operate a 5G network in the Republic, none of them have included Huawei technology in the core part of those networks.

Eir is also using Ericsson technology in its core network as it plans to role out 5G by the end of this year. However, it is using some Huawei equipment outside of the core network. In effect, the Huawei equipment being used by the company is in the non-sensitive aspect of telecommunications.

That is also the case for Imagine Communications, which is investing in a €300 million wireless broadband network using 5G.

The first 5G trial network in the State went live in late November in Dublin’s Docklands area. It serves as a test bed for companies trialling hardware, software and services ahead of the wider rollout of the technology.

While the launch of Vodafone’s trials show progress is being made, it is expected to be some time before 5G becomes widely available in the Republic, not least because commercial devices are only just beginning to hit the market.

Imagine, meanwhile, said earlier this year it expected to have 155 broadband transmission sites live by this month by transmitting broadband signal to individual households through a network of masts. It is understood to be on track.

Those companies, along with now defunct brand Meteor, successfully bid for space on ComReg’s 3.6 GHz radio spectrum to roll out, amongst other services, 5G.

1 Chris Johns: Economies may enjoy ‘roaring twenties’ if ministers learn lessons
2 Basic income for all: Has the Covid crisis given us a new economic model?
3 Wet pub openings fuelled rise in Irish Covid infection rates – report
4 Only way is up for Stripe as valuation skyrockets
5 Profits jump threefold at LinkedIn’s Irish unit to $294.2m
Real news has value SUBSCRIBE