Both companies are subsidiaries of Liberty Global 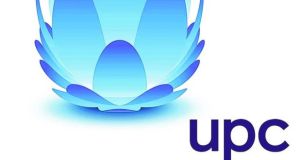 UPC Ireland has announced plans to rebrand as Virgin Media. The move comes after it became a part of the Virgin group last December.

Both companies are subsidiaries of Liberty Global, which is owned by Irish-American billionaire cable TV magnate John Malone.

All UPC operations, products and services are to move to the Virgin brand in the coming months, the firm said, adding it would serve “as a platform for further growth and enhanced delivery of great customer experiences.”

“We are delighted to bring the Virgin Media brand to Ireland. We are proud of the way it has revolutionised the UK market, improving customer service, increasing speeds and bringing more choice to our customers. Building on the strong platform in Ireland, I know we will do great things together with Liberty Global and shake up the Irish market even further,” said Virgin group founder Richard Branson.

“In almost every corner of the world, the Virgin brand is famous for its entrepreneurial spirit in delivering more for customers, which is exactly what we’re going to do by building even further on all our innovation and achievements to date,” he said.

The company said that its acquisition of BitBuzz in December is driving growth in the business sector while its cable television product, Horizon TV, now reaches 137,000 customers, and is taken by 43 per cent of its digital cable TV base.

Last month UPC announced plans to acquire TV3 in a €80 million deal that could be worth an additional €7million if the broadcaster hits certain commercial targets in the future.

The deal is subject to regulatory approval from the Competition and Consumer Protection Commission and a separate media plurality test by the Government. However, it is expected the transaction will be cleared in the coming months.