Inside the mating rituals of brands and online stars

With deals collectively worth billions of euros at stake, the pressure is on advertisers and viral performers on sites like YouTube and Instagram to find the right match 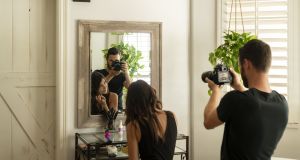 Recently at a California convention centre, about 50 people entered a room decorated as a stylish lounge for a speed-dating event. They moved from table to table every 20 minutes, exchanging small talk and getting to know each other.

But the participants were not looking for love. They were YouTube stars and marketing executives from companies like Uber and Amazon seeking an advertising union.

Deals between big brands and viral online video performers, once an informal alternative to traditional celebrity sponsorships, are quickly maturing into a business estimated to reach $10 billion (€8.5 billion) in 2020.

Some brands pay hundreds of thousands of euros for a single sponsored video. Brita, the water filter company, paid Rudy Mancuso and Andrew Bachelor, who is known as King Bach, to make music videos with the basketball star Stephen Curry. Bachelor’s song imagined being roommates with Curry, who would regularly refill the Brita container. Mancuso’s song imagined Curry helping him live a healthier life by drinking water from a Brita instead of a bottle.

As the attention and money paid to stars on sites like YouTube and Instagram balloon, the stakes for both them and the brands to find the right match are rising. The speed-dating event, held during VidCon, the online video industry’s annual convention, was one way the two sides are testing each other out.

Many popular online personalities built a huge audience by pushing the envelope, providing an edgy contrast to carefully managed mainstream celebrities. They want deals that allow them to keep their style. But when those creators go too far, companies that work with them risk being guilty by association.

Felix Kjellberg, better known as PewDiePie, is YouTube’s biggest star, with 63 million subscribers to his channel. When he made a series of anti-Semitic jokes in his videos, some companies that had worked with him, like Nissan, severed their relationship. Another popular YouTube personality, Logan Paul, faced criticism after posting a video of what appeared to be a dead body hanging from a tree in a Japanese forest known for suicides. YouTube dropped Paul from one of its original programs.

Most advertising deals with YouTube or Instagram stars now include a “morality clause.” One such agreement, shown to The New York Times, stated that a creator would agree to take down any content within 12 hours if the brand determined that the talent had promoted a competing product, posted “racy content” on social media or performed “an act of moral turpitude.”

Adam Wescott, a partner and co-founder of Select Management Group, an agency that manages numerous top YouTube performers, said one advertiser had stipulated the amount of cleavage that one of his clients could show. When that creator posted an Instagram photo - unrelated to the advertiser’s campaign - with more than the permissible cleavage, Wescott had to tell her to take down the photo.

Increasingly, he wants the same right for his clients because they have just as much to lose if a company becomes embroiled in scandal, such as the right to take down a video sponsored by a company if that brand’s executives are caught sexually harassing staff.

“We just want to make sure it’s mutual,” Wescott said.

Rachel Talbott, who makes style and beauty videos for 1.1 million subscribers on YouTube, said she was careful to work only with brands that felt natural and did not push her to do something outside her comfort zone. One company asked her to display a coupon code for its product on the bottom of her entire video. She said that would betray the aesthetic of her videos.

“Sometimes, to be honest, a brand will come to me and I’m almost like, ‘Have you even watched my videos?’” she said. “Every creator has their balance to what makes them feel like a sellout or not.” Talbott took part in the speed-dating event, along with her husband, Byron Talbott, a chef with 1.4 million subscribers to his YouTube channel. She said that companies were looking for creators for this year’s holiday season and that she had spent the meetings brainstorming potential ideas for videos. She was waiting to hear back about whether she had landed any deals from the event.

One challenge, creators and brands say, is that sponsored videos cannot appear to be what they are: advertisements. The YouTube generation has learned to tune out ads - when they do not skip them altogether - so anything that carries the whiff of a traditional commercial often falls flat.

The Federal Trade Commission requires that creators disclose when a piece of content is paid for. For YouTube videos, many creators overlay text with “sponsored by” at the beginning of the video and then use “#ad” in the description to eliminate ambiguity.

“The days of ‘go buy this’ are gone. It doesn’t work so well right now,” said Victor Lee, senior vice president of digital marketing at Hasbro, the toy-and-board-game maker with brands such as Nerf, Monopoly and My Little Pony. Lee said a creator could talk to consumers as one of them, gaining a credibility that brands struggle to garner on their own. Last month, Hasbro introduced a YouTube series called Nerf Nation with Zach King, who is known for performing magic tricks on video and has 2.7 million subscribers to his channel. In the show’s first episode, King participated in a battle with Nerf Blaster guns with thousands of people at AT&T Stadium, the home of the Dallas Cowboys.

Lee said he avoided the speed-dating events because he did not want to put his brand in the hands of “someone who you met for a minute.” With King, he felt the partnership would feel authentic because he heard King speak unprompted at a conference three years ago about how he was a huge Nerf fan.

Last year, Nestlé decided it wanted to reach “Generation Z” consumers - basically any person who was born and raised with the internet - for Hot Pockets, the microwaveable snack. It reached deals with some of the biggest names on Twitch, a live video-streaming site focused primarily on video games.

Nestlé tapped a member of its marketing team who works as an online personality on the side to help identify the best online creators to approach. It worked with 20, including a Twitch streamer named LotsOfBunnies, who has 145,000 followers. On a livestream, she created a painting of a Hot Pocket hurtling through space with pepperoni serving as asteroids.

The people Nestlé selected produced more than 270 videos and posts for Hot Pockets, reaching a wide audience that it would struggle to match with traditional media without an enormous expense. “This has opened our minds,” said Mohini Joshi, a marketing director at Nestl?. “Now, we don’t necessarily think that creating a TV spot is the only way to go.” – The New York Times News Service