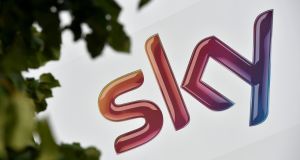 Rupert Murdoch’s 21st Century Fox is preparing a new bid for Sky that would value it at about £25bn in a clear sign it is committed to beating Comcast in the race to acquire the pan-European pay television group.

Fox is preparing to make the new bid as soon as this week if, as expected, its earlier bid for Sky to be formally approved by the UK government.

Fox is expected to pitch the new offer at a premium to the most recent bid from US cable group Comcast, which has offered £12.50 a share, according to two people briefed on the matter. Sky shares are currently trading at £14.65, with some analysts expecting the new Fox offer to come in above that price.

The new Fox bid will be the latest salvo in an 18-month takeover battle for Sky, which has become a pawn in a global media power play between Disney and Comcast. Disney has agreed a $71bn takeover of Fox’s entertainment assets - including its 39 per cent stake in Sky - and will take full ownership of Sky if Fox succeeds with its bid.

Comcast is trying to insert itself into both deals and has made an all-cash offer for the Fox assets, as well as a separate offer for Sky.

Comcast is preparing to post details of its £12.50-a-share offer before a Friday deadline under UK takeover rules, which state a company has 28 days to post its offer document to shareholders after receiving clearance from regulators.

The bidding war comes as media companies adjust to the meteoric growth of Netflix, which has amassed more than 125m subscribers and has a market value greater than Disney. Fox initially agreed to buy Sky in December 2016 in a deal that valued the company at £10.75 a share before Mr Murdoch decided to break up his empire by selling his entertainment businesses to Disney.

Disney hopes to add programming and movies from Fox to a global streaming service that it is developing and Sky would give it a much heftier presence in Europe with 23m customers in the UK, Germany and Italy.

A number of hedge funds including Seth Klarman’s Baupost Group, Paul Singer’s Elliott Management, Davidson Kempner and Odey Asset Management have piled into Sky shares on the expectation that the bidding war between Fox and Comcast will continue.

1 Two men face fraud charges over £1.2bn sale of Nama’s NI loans
2 Wifi problems? Quick tips to get your home internet out of the slow lane
3 Sony Alpha 7S III: An ambitious camera that packs in the tech
4 Science finds you can teach an old dog new tricks
5 Project Eagle: What was it and why is it in the news?
6 Is it possible to get fit while sitting on your sofa?
7 AIB defends ‘incredibly’ high €1.2bn loans charge as 2008 haunts
8 Google to pay €306m to settle Italian tax dispute
9 TikTok to invest $500m in data centre and create ‘hundreds of jobs’
10 Covid-19 has distracted us from the looming threat of Brexit
Real news has value SUBSCRIBE