Credit unions ranked most reputable organisation in the Republic 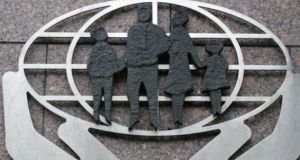 Credit unions are collectively seen as the most reputable organisation in the State, in the RepTrak study published by the Reputations Agency.

Credit unions returned to the top spot in a ranking of the most reputable companies and organisations in the State, while the HSE is seen as the organisation that has the most “purpose” during the current pandemic.

The top 10 was rounded out by Tourism Ireland, An Post, Samsung, food group Kerry and Microsoft. The Irish Times was the highest-ranked media outlet, rising eight places to 30th, while overall impressions of Irish media organisations also improved.

After a torrid year, the FAI was the lowest-ranked organisation among the 100 that were included in the study, with its score falling way behind that of Irish Water (99th) and Facebook (98th).

Credit unions emerged in first place after being found to lead the way on governance, while also scoring highly on reputational drivers such as products and services, innovation, work environment, citizenship, leadership and performance.

For the first time, governance surpassed products and services as the number one driver of a good reputation. This reflects public desire for companies and organisations to act in a way that is ethical, fair, open and transparent, the Reputations Agency said.

The RepTrak study tracked perceptions of 100 of the largest, most familiar and most important organisations in the Republic, surveying 7,000 people aged 18-64 between January 10th and March 8th.

This means the rankings don’t take into account how organisations’ reputations have fared throughout the Covid-19 crisis.

A separate Reputations Agency survey conducted in April, however, identified the HSE as the organisation that the public believes has shown the most purpose during the pandemic. It was followed by An Garda Síochána, the Government, An Post and the food retail sector.

This “purpose power index” measured the degree to which organisations were perceived to be improving lives, acting beyond profits, acting for a better world and benefiting society.

It suggests the HSE might be in line for an improved ranking in next year’s RepTrak study after ranking 97th in the study that was conducted pre-crisis.

“There has been a shift in Ireland, economically, politically and socially with a new focus on purpose,” said Niamh Boyle, managing director of the Reputations Agency.

“Covid-19 has given us time to think about the real meaning of purpose as we observe organisation’s behaviours and advise our clients on theirs.”

1 Majority of employees don’t want to return to pre-Covid working patterns
2 The $6bn judgment pitting Nigeria against Irish businessmen
3 Almost 600 social and affordable houses given green light in Dublin
4 Homeworking is depriving me of juicy gossip
5 If tourists are such pariahs should we not be testing them on arrival?
6 ‘My rent here is so low it’s a joke’
7 Primark rejects £30m bonus for bringing back staff
8 Tobacco giant’s menthol-ban substitutes take 5% share of Irish market
9 Investors in Irish solar energy fund in line for €20m payout
10 ‘I set up an investment club many years ago with a bunch of friends’
Real news has value SUBSCRIBE