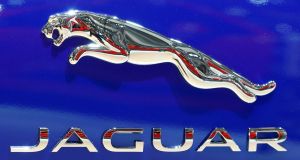 Jaguar Land Rover will cut around 10 per cent of the workforce at its northern English Halewood factory. Photograph: François Lenoir/Reuters

Carmaker Jaguar Land Rover said on Wednesday that it will cut about 10 per cent of the workforce at its northern English Halewood factory as it changes shift patterns to boost efficiency at the site.

The Unite Union said the cuts were linked to slower than forecast growth of the Range Rover Evoque and Land Rover Discovery Sport vehicles, which are made at the plant. The company said the decision was not related to loss of volumes.

Jaguar Land Rover posted a 6 per cent decline in 2019 sales, hit by the weakening Chinese autos market and falling demand for diesel vehicles in Europe. But it has bounced back in China in recent months and overall company sales rose by 1.3 per cent in December.

“Jaguar Land Rover is taking action to optimise performance, enable sustainable growth and safeguard the long-term success of our business,” the company said in a statement.

“Central to the Halewood manufacturing strategy, we are moving from a three shift to a ‘two-plus’ shift pattern from April 2020.”

Around 4,5000 people work at the Halewood factory, one of three of Jaguar Land Rover’s car factories in Britain, with roughly 500 jobs affected by Wednesday’s announcement.

Jaguar Land Rover, like much of the car industry, has also faced the challenge of stepping up investment in zero and low-emissions vehicles as regulations tighten while simultaneously dealing with a drop in demand for some conventionally-powered models. – Reuters

1 How well paid do you think you are? Here’s how to work it out
2 Life as a Facebook moderator: ‘People are awful. This is what my job has taught me’
3 AIB to sell more than 500 ATMs to Brink’s
4 Coronavirus and the etiquette of working from home
5 Flight attendent seeks High Court injunction against Aer Lingus
6 Citi names Limerick native Cecilia Ronan European unit chief
7 Facebook forced by DPC to suspend use of election day voting tool across EU
8 Wealthy investors’ legal challenge against Revenue fails
9 FBD rejects ‘insurance rip-off’ accusations as profits spike and dividend doubles
10 Tyrone offsite building company attracts multi-million investment
Real news has value SUBSCRIBE