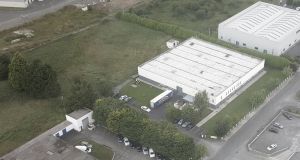 While Cosmetic Creations is primarily associated with contract formulation and manufacturing, the agreement with Parnell sees it making further inroads into the lifestyle category

Cosmetic Creations is to double the headcount at the company with 90 new jobs between its operations in counties Mayo and Cork.

The expansion comes following a €7.5 million investment in the company from private backers.

Established in Claremorris in 1981, Cosmetic Creations recently up a new facility in the former Yves Rocher plant on the north side of Cork city.

Sixty of the new roles will be across operations, supply chain, quality and formulation development in Cork, bringing the workforce there to 100. Thirty additional jobs are earmarked for the company’s head office, increasing numbers in Claremorris to 80.

Yves Rocher closed its Cork plant in late 2017 with the loss of 60 jobs. Thirty former employees of the French company have since been hired by Cosmetic Creations.

While Cosmetic Creations is primarily associated with contract formulation and manufacturing, the agreement with Parnell sees it making further inroads into the lifestyle category.

The deal, which will seem them develop, manufacture, market and distribute Parnell’s wide range of products in the European Union, is expected to lead to a 150 per cent rise in production of health-related products.

Cosmetic Creations will have manufactured over four million products by the end of this year, including skincare, personal care, self-tanning, supplements and base pharmaceutical line products. It is expected to grow this number to seven million in 2020 and to over 15 million products by 2022.

The company currently ships to more than 15 countries globally with clients including private label national brand names and retail multiples.

Speaking to The Irish Times, owner and chief executive Aiden Corcoran said the company had reinvested some €9 million in operations over the last few years as it looks to scale to a high-volume large-scale business.

“Our goal over the next five years will be to build on our current foundation in cosmetics and expand into the growing national pharmaceutical market to become a global life sciences brand,” he said.