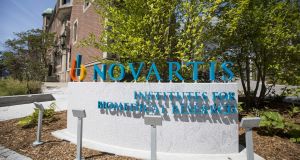 Novartis on Friday touted safety and efficacy of its biosimilar copies of Johnson & Johnson’s Remicade and Amgen’s Enbrel, citing a study it hopes will help convince doctors that switching from the original medicines is a viable alternative for treating autoimmune diseases.

The Swiss drugmaker said Zessly, its Remicade biosimilar, matched the original medicine for safety and efficacy at 54 weeks, including in patients who switched from the original. Switching from Enbrel to its Erelzi also did not impact efficacy and safety in patients with moderate to severe rheumatoid arthritis at 48 weeks, it said in a statement.

Novartis’s generics unit Sandoz is among companies producing cheaper biosimilar copies of some of the most lucrative drugs for autoimmune diseases, in hopes of capturing a share of sales. But it also must convince doctors that its versions are as effective as the original products, including for patients who switch.

“It is our hope that these studies will help healthcare providers and patients have confidence that switching to Zessly or Erelzi will continue to deliver the benefits they are receiving from their existing treatment,” said Mark Levick, who heads development of biologic drugs at Sandoz.

Remicade and Enbrel each had peak sales of about $7 billion, though that have been falling as rival biosimilar makers including Novartis bring copies onto the market following patent losses. – Reuters