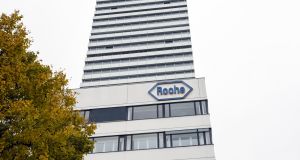 Swiss-owned pharma giant Roche announced in 2016 it was to close its plant at Clarecastle after it failed to secure a buyer. Photograph: iStock

All employees at the Irish manufacturing arm of pharma giant Roche in Co Clare will be made redundant by next June.

That is according to new accounts for Roche Ireland Ltd which show the firm recorded pretax losses of €1.7 million last year as revenues decreased by 11 per cent to €60.29 million.

Some 132 workers were employed at the Clarecastle plant at the end of last year and the directors state that decommissioning works will commence next year and continue to 2023.

The Swiss-owned pharma giant announced in 2016 that it was to close the plant at Clarecastle after it failed to secure a buyer for the site.

The facility is currently in the process of a phased closure and the directors state this will be complete by mid-March 2020.

The accounts disclose that the firm has set aside €24 million for employees not yet departed but who have an expectation of employment termination by 2020.

The directors state that “this will be utilised by that date”.

If the 132 employed at the end of last year stay on until next year, the average redundancy payment will be about €180,000 each.

The accounts also confirm that a decommissioning provision of €9 million for the plant was recorded by the end of last year.

A note attached to the accounts states that the estimate could change substantially as new facts emerge.