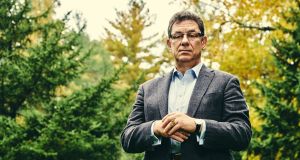 Lucky? Very much so. Legal? Certainly. The sale of 60 per cent of his personal shareholding in the company by Pfizer chief executive Albert Bourla on the very day the drug giant announced much better than expected results for its Covid vaccine candidate raised more than a few eyebrows.

It feeds into all the stereotypes of sharp executives trading on insider knowledge . . . but it is anything but. In fact, the sale was completed under structures devised specifically to avoid any suggestion of insider trading.

Rule 10b5-1 plans are devices established in the United States for executives who might, by the nature of their jobs, come into possession of “material non-public information” – in other words, information that is market-sensitive but not available to any investor outside the business.

Trading while having such information is clearly an offence – insider trading – and carries significant punishments. But if a pharma chief executive was barred from trading any time they were in possession of market-sensitive information, they would be very constrained in dealing in the shares they own in a company.

Rule 10b5-1 plans get around this. They provide that an executive who is not at that moment in possession of market-sensitive information can set up a plan to buy or sell a predetermined number of shares in the company on a scheduled date in the future – even if, on that later date, they might be in possession of non-public information.

Once signed, the executive has no further control over the plan.

This is what happened here. The Pfizer boss agreed back in August to sell the shares last week. Back then, the outstanding initial results delivered on the vaccine were not in any way a given.

Yes, the Phase III trial had begun so the company was clearly upbeat about its vaccine candidate but this vaccine development timeline has been unique in its concentration, exacerbating the uncertainties. In any case, there could have been no certainty on what date any announcement – good or bad – might be made.