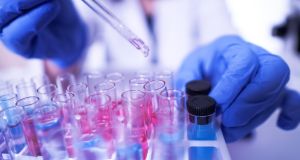 Serial entrepreneur Gerard Ryan, who sold his previous company to Dublin-listed Icon for €50 million, has agreed another multimillion euro sale, with US company Advarra buying his latest business Longboat Clinical.

The pharmatech start-up has been acquired by Advarra for an undisclosed sum, although informed sources said it represented one of the biggest M&A deals in Ireland this year.

Longboat, which has facilities in Dublin and Limerick, has developed a cloud-based platform which helps to manage clinical trials. It employs about 100 people.

Mr Ryan, a Limerick pharmacist who founded Longboat in 2014, also previously established Firecrest Clinical, which was bought by Icon in 2011. In addition, he is behind Ryan Group Holdings, which operates as a “super-angel” investor into early-stage companies that include Longboat and Aalto Bio Reagents, which makes ingredients for diagnostic tests for infectious diseases.

Longboat chief executive Ken O’Connell, who previously acted as chief financial officer for Firecrest, said negotiations on a deal with Advarra were largely conducted over video-conferencing with little argument over the price.

Longboat had raised close to €4 million in funding prior to the acquisition with backers such as Kieran Curran, who had a majority stake in DNA sequencing company GenCell, which was acquired by Becton Dickinson for $150 million in 2014. Other investors included former Pfizer Ireland chief executive Dave Shanahan.

The company recorded a €1.3 million loss for the 12 months ending December 2018, the last year for which accounts are publicly available. This brought accumulated losses to €8 million.

“We’ve been growing revenues 50 per cent year-on-year, and have even improved on that during the pandemic,” said Mr O’Connell.

Àdvarra. which is based in Maryland, US, is a leading provider of compliance solutions that are critical to the drug development process.

Chief executive Gadi Saarony said it intended to establish its European headquarters in Ireland following the new deal. He added that the company expected to “significantly increase” headcount locally as it looked to expand further in Europe.

“We’ve known Longboat for a long time, and have a lot of mutual clients in common who have always spoken highly of the company. There is amazing talent at Longboat and in Ireland generally, which I think speaks volumes about the role the country plays in the clinical trials sector.”

Following completion of the deal, Advarra will have 700 employees in total.

“We’re looking at significant growth globally. There is a lot of white space in this market,” said Mr Saarony