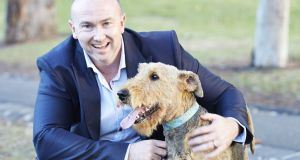 Zoetis has agreed to pay $6.72 (€6.32) a share through a wholly owned subsidiary set up for this transaction, Zoetis Bidco, valuing the Irish business at around $85 million.

The price represents a 66 per cent premium to Nexvet’s closing price on Wednesday.

Nexvet looks to apply to animals drugs that have already been proved safe and effective in trials for human therapies. Using its patented “PETization” technology, it creates biologic monoclonal antibodies that are recognised as “native” by an animal’s immune system, a property Nexvet refers to as “100 per cent species-specificity”.

Its lead pipeline candidates target osteoporosis in dogs and cats and it is also looking at immuno-oncology (cancer) therapies.

Nexvet was set up in 2010 and floated on the Nasdaq at $10 a share in February 2015. That was below the $13-$16 pricing guided ahead of the IPO. For the shares, it has largely been a downward curve since then. The last time the stock traded at $10 was St Patrick’s Day 2015, just over a month after flotation.

The shares hit a low of $2.71 in May last year before recovering to hover about the $4 mark ahead of the Zoetis offer.

Nexvet had a novel structure, with the company conducting its drug discovery in Australia, undertaking clinical trials in the United States and Europe, and manufacturing the drugs in Ireland for sale into international markets.

Nexvet’s board has backed the Zoetis offer, which will proceed under a court-sanctioned scheme of arrangement, unanimously, and the deal is expected to close in the second half of the year.

Zoetis’s president of strategy, commercial and business development, Alejandro Bernal, said the acquisition was a “strategic fit” for his company.

“It will strengthen our R&D pipeline in monoclonal antibodies and help sustain our category leadership in chronic pain management for companion animals which is poised for innovation.

“We see the integration with Zoetis as the logical next step to realise our ambition to bring groundbreaking antibody therapeutics to market,” said Nexvet chairman George Gunn.