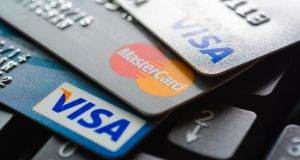 The US Department of Justice has moved to block Visa’s $5.3 billion (€4.4 billion ) takeover of fintech group Plaid, arguing that the deal would deprive merchants of an “innovative alternative” to big credit card companies and would dissuade new entrants to the payments market.

The DoJ said on Thursday that it had filed a civil antitrust suit against Visa’s plans to buy Plaid, which offers a platform for customers to aggregate multiple financial accounts.

The Department of Justice (DoJ) said Plaid was planning to build a “bank-linked payments network that would compete with Visa”, describing the fintech as “uniquely positioned” to use its established connections to “enter the payments market and disrupt Visa’s monopoly”.

“If allowed to proceed, the acquisition would deprive American merchants and consumers of this innovative alternative to Visa and increase entry barriers for future innovator,” said Makan Delrahim, assistant attorney-general of the justice department’s antitrust division.

He described Visa - which the DoJ said accounts for 70 per cent of online debit card transactions in the US - as a “monopolist in online debit services” that has “extracted billions” from American consumers and business owners who increasingly buy and sell online.

A spokesman for Visa declined to comment on Plaid’s plans to build its own payments network, but said that Visa “strongly disagrees with the Department of Justice, whose attempt to block Visa’s acquisition of Plaid is legally flawed and contradicted by the facts”.

In its suit, the DoJ cited internal Visa documents from 2019 where one executive allegedly described Plaid as a “volcano” whose current capabilities are just “the tip showing above the water” and warned that “[W]hat lies beneath, though, is a massive opportunity - one that threatens Visa”.

Several months later, the DoJ says Visa’s chief financial officer described buying Plaid as an “insurance policy to protect our debit biz in the US”. The suit also claims that Visa’s senior management told the card group’s directors that there was a “potential downside risk of $300 million-$500 million” to its US debit business by 2024 if Plaid were bought by a rival.

“Visa understood that could create an ‘[E]xistential risk to our US debit business’ and that ‘Visa may be forced to accept lower margins or not have a competitive offering’,” the suit continued.

“This action reflects a lack of understanding of Plaid’s business and the highly competitive payments landscape in which Visa operates,” Visa said. “As we explained to the DoJ, Plaid is not a payments company. Visa’s business faces intense competition from a variety of players - but Plaid is not one of them.”

And the company added: “The combination of Visa and Plaid will deliver substantial benefits for consumers seeking access to a broader range of financial-related services, and Visa intends to defend the transaction vigorously.”