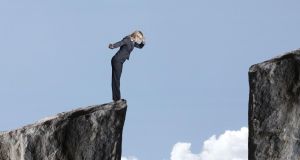 The study by Irish Life into the value of pensions accumulated by women compared with men found that at retirement age women were likely to have pension packages worth €120,000, or 22 per cent less than their male counterparts.

While there are no real differences between the retirement planning of either gender, differences in salary and the duration of time spent in work throughout a career were the principal reasons for the gap.

“The lack of pension parity means that a whole generation of women are set to enter retirement on a much poorer footing than their male counterparts,” the study said.

Although the gender pay gap – currently at 14 per cent in Ireland – garners considerable attention, less thought is given to the emerging gender pension gap, which sees women in Ireland potentially looking at pensions of around 22 per cent less than men, the report stated.

It found that although men and women were making similar percentage contributions to their pensions – about 11 per cent of salary, including both employee and employer contributions – it translated to a much smaller monetary contribution for women than men.

This is driven by the difference in base salaries between the genders, which reaches its peak when men and women are in their early 50s.

The other major contributing factor is time spent in the workforce. European studies show that men spend seven years more in paid employment than women, and Irish Life data shows that women are three times more likely to reduce their hours, which might suggest that more women are taking breaks or going part time to have/raise a family or to take on the role of carer. As pensions are largely tied to salary, time in paid employment is a significant factor when it comes to the gap, the Irish Life study found.

“What our research highlights is that despite joining pension plans at roughly the same age as men, women are retiring considerably worse off than men,” she said.

“While there is much focus on the immediate damage of the gender pay gap, we are ignoring the fact that a generation of women are set to enter retirement on a much poorer footing than their male counterparts.”

1 Columbia Sportswear defies gloom with first Irish standalone shop
2 Restaurants file court actions against insurers over lockdown losses
3 ‘The rental situation stops me moving back home’
4 How to further divide the economy using the wage subsidy
5 Brexit: System agreed for Irish goods to skip checks on UK trade
6 Why are markets booming when a crash is on the way?
7 Ireland faces 'deep downturn' this year and may not rebound until 2024 if there is a second wave
8 Second Covid-19 outbreak and no-deal Brexit an appalling vista
9 Could your old car be giving away all your secrets to its new owner?
10 High Court appoints interim examiner to Compu b parent company
Real news has value SUBSCRIBE