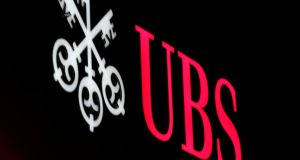 UBS plans to stick to its proposed dividend for 2018, chief executive Sergio Ermotti said on Friday, two days after the Swiss bank was hit with a €4.5 billion penalty in a French tax ruling that the bank has appealed.

A French court on Wednesday found the Swiss bank guilty of illegally soliciting clients and laundering the proceeds of tax evasion, ordering it to pay penalties including damages of €800 million to the French state.

UBS said the court’s decision was “incomprehensible” and that the bank would appeal. In a separate newspaper interview, Mr Ermotti was quoted as saying negotiations with French authorities initially involved discussions of a settlement figure of as little as €40-€100 million euros.

Speaking to analysts and investors on a call to review the implications of the French ruling, he said: “There is no intention to deviate from our proposed 2018 dividend of 0.70 Swiss francs per share.”

UBS, the world’s largest wealth manager, is now assessing how the ruling will affect its finances and whether it must bulk up on litigation provisions. – Reuters

1 Admission of mistake in Oxford vaccine dose raises doubts over reliability
2 Cliff Taylor: Deal or no deal we are now heading for a hard Brexit
3 Karlin Lillington: How I managed to cut my mobile phone bill by at least half
4 Irish Life fund pays €49m for 94 Dalkey apartments
5 Central Bank rules out changes to mortgage rules during pandemic
6 Fiona Reddan: Who’s afraid of Revolut? Not AIB and BOI it seems
7 State may face €1bn in compensation in Covid-19 case, Press Up claims
8 Smarter ways to heat your home: Eight of the best modern systems
9 Lahinch Golf Club runs out of its own cash after €3m Covid-19 hit
10 Pandemic supports will be removed once effective vaccine is rolled out, Government warns
Real news has value SUBSCRIBE

Britvic sees falls in annual revenue and adjusted earnings due to pandemic 15:37
How to ditch your phone and embrace the SIMple life 15:09
Aviva eyes 2020 dividend cut, explores Europe, Asia options 15:01
Pandemic supports will be removed once effective vaccine is rolled out, Government warns 13:23
Cliff Taylor: Deal or no deal we are now heading for a hard Brexit 13:09