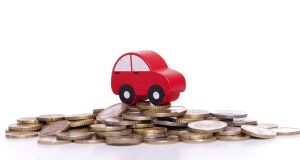 Irish motor insurance providers are meeting the standards set out under consumer protection rules, but there is still room for improvement, an inspection by the Central Bank has found.

The inspection looked at how insurers are treating claimants when processing and settling their claims, with accompanying consumer research also published.

It found that although the providers inspected have the correct procedures and processes in place to ensure compliance with the requirements under the Consumer Protection Code 2012, 53 per cent of claimants said they were dissatisfied with some aspect of the claims process.

The Central Bank found some policyholders were not told of settlements paid to claimants that could affect future policies, some claimants were left without use of their cars with up to 16 weeks taken in some cases to decide on claims, and the use of more than one claims handler per case resulted in poorer customer experience, with claimants having to contact the handlers on more than one occasion to get a progress update.

However, the report found that where cars were written off in claims there was a “consistent and fair” approach to establishing the pre-accident value of the car.

Almost three-quarters of consumers surveyed felt the claims process was carried out fairly, with 89 per cent saying they found the overall process relatively easy when reporting damage. More than 75 per cent said they were satisfied with the settlement offered.

However, 23 per cent of those who had claims settled said they were no told how it would affect their no claims bonus, while only 28 per cent were told they could appoint their own loss assessor if the car was repairable. Despite more than half of claimants saying there were dissatisfied with some part of the process, less than half gave that feedback to the insurer.

Where areas of concern were highlighted, the Central Bank has contacted the insurers with a timeline to address the issues, and it has also written to other motor insurers to advise them to review their processes.

1 Why are markets booming when a crash is on the way?
2 Could your old car be giving away all your secrets to its new owner?
3 Permission sought for €150m film and media campus in Wicklow
4 Dunnes Stores trials online ordering from Cornelscourt outlet
5 AIB U-turn on mortgage block for those on Covid wage subsidy
6 Covid-19: Publicans and restaurateurs row over calls for VAT cuts
7 Staff at Bewley’s cafe on Grafton Street are made redundant
8 Supreme Court rules ‘substitute consent’ inconsistent with EU environmental law
9 Vodafone to speed up 5G rollout using new technology
10 Government committed to finalising roadmap for safe overseas travel ‘shortly’
Real news has value SUBSCRIBE