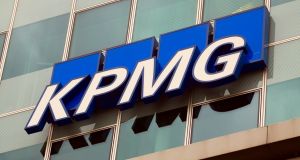 KPMG could convert the club to use as offices or retain it in its current form, but offloading the property is seen as the most likely option.

KPMG has instructed property agents JLL to seek a new tenant for its private members’ club in Mayfair after the accounting firm’s UK chairman personally pushed to offload the property.

The lavish club known as Number Twenty was opened in 2015 in one of London’s most exclusive areas and offers free membership to partners, executives and clients.

But Bill Michael, KPMG’s UK chairman and senior partner for the past two years, is keen to scrap the venue at 20 Grosvenor Street, as he seeks to avoid the appearance of overly cosy relationships with clients, according to one person close to him.

Mr Michael, an Australian, has held “Aussie wine tasting nights” at the venue and is regularly seen on the premises. However he is “personally keen on getting rid of Number Twenty and always has been”, the person said.

KPMG has instructed JLL to explore options for assigning the lease, which runs until 2030 with a break in 2025, said three other people briefed on the situation. The agents are speaking to “a number of parties” that have viewed the building. JLL and KPMG declined to comment.

The club, which was established by Simon Collins, Mr Michael’s predecessor, has come under fire for allowing KPMG partners to entertain clients in far more salubrious surroundings than at its Canary Wharf headquarters. Current and former clients can hold their own meetings there, or eat and drink with KPMG partners.

The Big Four accountant pays £4.1 million (€4.7 million) a year in rent for the venue, according to a sales brochure for the property, which changed hands in 2016. An upward-only rent review is due next year.

KPMG could convert the club to use as offices or retain it in its current form, but offloading the property is seen as the most likely option. The accountancy firm would then rent an alternative meeting space in the area, one person said.

The person close to Mr Michael said the decision to abandon Number 20 - which he stressed had widespread internal support - was driven by wanting more “independence” from clients. However it is also among 150 measures being considered as part of a cost-saving exercise by KPMG.

Rival big four accounting groups do not offer such venues.

Number Twenty has been criticised by some former workers for permitting an outdated drinking culture. About 80 per cent of KPMG’s roughly 630 partners are male, which has exacerbated an atmosphere of a “boys’ club” at some events, said one former female partner.

In 2017, a corporate finance partner was brought before a disciplinary panel and left the firm after becoming heavily intoxicated and acting inappropriately at Number Twenty, according to several people with knowledge of the matter. KPMG declined to comment on the departure.

A second former partner said: “The rules were changed earlier this year so now partners have to use their corporate credit cards when paying for drinks and then expense them, rather than just signing a receipt with no accountability or visibility as to who was drinking or how much.”

A third former partner said launching the club had “never been a popular decision” among the bulk of KPMG’s partnership as it is funded by individual partner profits, of £5,000- £10,000 each a year.

“The club is ostentatious for what we really need and it is a bad look because it looks over the top,” the person said. – Copyright The Financial Times Limited 2019