Investec to move institutional equities roles from Dublin to London 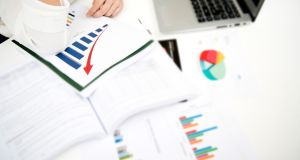 Financial services group Investec is planning to cut five roles from its institutional equities unit in Dublin, which it plans to integrate more with its operation in the UK.

A spokesman for the company confirmed that the current team of 11 staff would reduce to six with this restructuring. This unit covers sales, trading and research to institutional clients.

He said Investec clients in Ireland would still have access to a full range of services and research, either via Dublin or London.

The move is said to be linked to the introduction of MiFID II, a European Union framework introduced at the beginning of this year to increase transparency in financial trading.

Among other things, it requires asset managers to pay for research they use in making investment decisions. This is believed to have impacted negatively on many investment managers.

Institutional equities makes up about 5 per cent of Investec’s revenues in Ireland. In total, Investec employs 250 staff here.

AIB had been in talks to acquire the Irish business of Investec from its South African parent this year, but the negotiations broke off without agreement being reached.