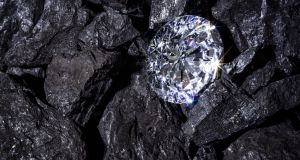 Dublin-based Botswana Diamonds has been awarded six licences to search for diamonds in two regions of Botswana.

The publicly quoted diamond explorer said on Wednesday that the Botswana government awarded the six licences for a period of three years. Together, the licences cover an area of 4,319sq km in the Central and Kgalagadi districts, colloquially known as the Kalahari.

The government in Botswana has also renewed four existing licences owned by the company covering a total of 1,406sq km for a period of two years. An environmental study is in progress which will lead to drilling at some targets in this region.

But given that a state of emergency has been declared in Botswana – and a lockdown from April 2nd for a period of 28 days – work will only begin on the licences at the end of this month at the earliest.