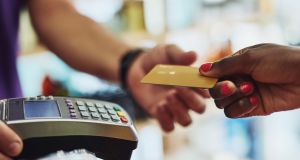 Britain’s economy appears to have contracted in the second quarter of 2019 after the dominant services industry barely grew in June against a backdrop of worries about Brexit and the world economy, a closely watched survey showed.

The IHS Markit/CIPS services Purchasing Managers’ Index (PMI), published on Wednesday, slipped to 50.2 from 51.0 in May, weaker than the average forecast for a steady reading of 51.0 in a Reuters poll of economists.

“The latest downturn has followed a gradual deterioration in demand over the past year as Brexit-related uncertainty has increasingly exacerbated the impact of a broader global economic slowdown,” Chris Williamson, chief business economist at IHS Markit, said.

“Risks also remain skewed to the downside as sentiment about the year ahead is worryingly subdued, suggesting the third quarter could see businesses continue to struggle.”

The Bank of England has said Britain’s economy probably flatlined in the second quarter after strong growth early in the year when companies were rushing to get ready for the original March 29 Brexit date.

That deadline has since been pushed back to October 31st.

Many businesses are alarmed by the prospect of a no-deal Brexit, something both candidates to replace Theresa May as prime minister have said they are prepared to do if necessary.

Williamson said the weak reading of Britain’s economy should put pressure on the Bank of England to add stimulus.

“For policymakers to not loosen policy with the all-sector PMI at its current level would be unprecedented in the survey’s two-decade history,” he said. – Reuters