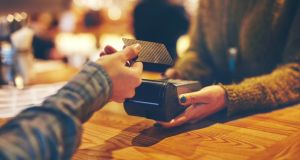 Forward-looking indicators did not point to a bounce back and business expectations for the year ahead dropped, a survey showed

Euro-zone business activity picked up slightly last month but remained weak as a modest upturn in the services sector offset a continued deep downturn in factory output, a survey showed.

Worryingly for policymakers at the European Central Bank, who are under pressure to support growth, forward-looking indicators did not point to a bounce back and business expectations for the year ahead dropped.

That was a touch higher than a preliminary reading of 52.1 but it remained close to the 50 mark separating growth from contraction.

“The June PMI surveys indicate that the pace of euro-zone economic growth picked up at the end of the second quarter, though it would be wrong to get overly excited by the upturn,” said Chris Williamson, chief business economist at IHS Markit.

“Given the relatively weak current and future growth being signalled by the PMI and the accompanying slide in inflationary pressures, we expect to see renewed stimulus from the ECB in coming months.”

Mr Williamson said the survey was indicative of GDP rising just over 0.2 per cent in the second quarter, weaker than the 0.3 per cent predicted in a Reuters poll last month.

A PMI covering the euro zone’s dominant services industry bounced to 53.6 from May’s 52.9, helping to counteract a fifth month of contraction in manufacturing.

“Growth is being fuelled by the service sector which is helping offset the deep manufacturing downturn. However, a major concern is that, the longer the manufacturing slump persists, the greater the likelihood of the weakness spilling over to services,” Mr Williamson said.

Monday’s factory PMI indicated there will be a slow start to the second half for manufacturers as new orders fell for a ninth month, stocks of raw materials were depleted again, backlogs of work were run down and headcount was reduced for a second month.

While most of the forward-looking services indexes were positive they remained weak, and new export business – which includes trade between member countries – fell for a 10th month. The sub-index registered 49.4 compared to May’s 48.2.