Retail sales up 1.4% in November as shoppers prepared for Christmas 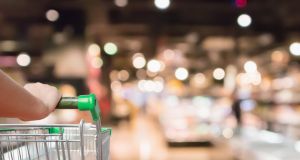 Department stores took a hit in November as the value of retail sales feel by more than 9% and the volume declined by 6.5% year-on-year

Retail sales rose 1.4 per cent in November as shoppers prepared for Christmas, increasing their spending in supermarkets and on hardware.

However, department stores took a hit as the value of retail sales feel by more than 9 per cent, and the volume declined by 6.5 per cent year-on-year.

The motor trade also saw a decline of 0.5 per cent on an annual basis, although value climbed 0.6 per cent compared to 2018 figures.

Sales were weaker than expected in the run-up to the Christmas period. However, the period excludes the “black Friday” sales that have taken hold in recent years; in 2018 the event occurred earlier in the month and so fell within the sales period under review.

On a monthly basis, retail sales saw a 3.3 per cent increase in volume in November, with the motor trade acting as a drag on figures. When that was excluded, retail sales grew 1.2 per cent month-on-month, and 1.9 per cent compared with November 2018.

The largest declines in monthly volumes were seen in pharmaceuticals, medical and cosmetics, with sales declining 9 per cent compared with October. Food, drink and tobacco fell by 6.5 per cent over the month, while bars saw an increase of 2.1 per cent in volume.

“Retail sales continue to remain erratic on a monthly basis and are still swinging back and forth, but the underlying trend is positive. Even with the fluctuation in consumer sentiment, overall personal spending has been positive in the past few years, boosted by the increase in the numbers employed in the country,” said economist Alan McQuaid. “

This is despite the fact that the weakness in sterling since the June 2016 Brexit referendum has enticed some shoppers to spend in Northern Ireland. ”