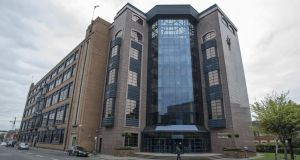 The National Asset Management Agency (Nama) may make a €4.5 billion lifetime surplus, beating the so-called bad bank’s own current forecast by €1 billion, according to Investec Ireland.

That’s mainly because the agency had €3.4 billion of core equity at the end of last year and is likely to release more bad-loan provisions over the coming years from its current €1.4 billion stock of reserves, according to Philip O’Sullivan, an economist with Investec said in the report.

In addition, Nama’s underlying profitability is helped by a “remarkable” net interest margin – the difference between the average rate at which it funds itself and lends to borrowers – that amounted to 7 per cent last year, Mr O’Sullivan said. The agency has also forecast that its pretax profit will be boosted by about €150 million this year as a result of new accounting rules on the provisioning for bad loans.

Nama has upgraded its lifetime forecasts a number of times since its inception, having once predicted that it would generate only enough cash to repay all of the senior bonds it issued to cover 95 per cent of the €34.1 billion consideration for toxic commercial property loans it bought from five lenders between 2010 and 2011.

Last week, Nama raised its target to €3.5 billion from €3 billion as Minister for Finance Paschal Donohoe said he was not planning to extend the agency’s life beyond the original schedule which set out that it would be wound up in 2020.

Meanwhile, Investec has upgraded its gross domestic product (GDP) estimate for Ireland by 0.6 percentage points to 5 per cent this year, and raised its 2019 projection by 0.5 points to 4.5 per cent.

“The forecast for this year is still probably a little conservative, although the bad weather in February and March and – presumed – revisions to the national accounts from a new approach to measuring housebuilding in Ireland warrant caution,” Mr O’Sullivan said.