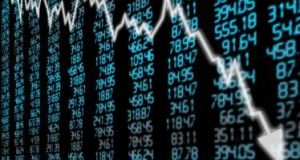 An overwhelming majority of Irish people believe the current period of strong economic growth will be followed by “another crash”, according to Aviva’s latest family finances survey.

The finding comes on foot of several stark warnings about a cyclical downturn internationally, made worse by Brexit and trade tensions between the US and China.

The survey found that 78 per cent of people here were fearful that the current period of economic buoyancy would be followed up by a sharp downturn.

It also indicated that most Irish people (78 per cent) believe Brexit in whatever form it comes will damage the economy.

On the upside, the number of people here who view themselves as living comfortably has for the first time since 2016 exceeded those who are struggling to get by, at 29 per cent to 27 per cent.

This is now most notable in the 35-44 age group (31 per cent) who have improved by 8 points from last year’s survey, while 45- to 54-year-olds have been slightly more likely to claim to be struggling than they were last year at 38 per cent (+3).

The survey of 2,000 adults conducted by pollster Red C on behalf of the insurer also found that the desire to own a home has “hardly wavered” since the survey series began, with 90 per cent admitting that their preference is to own their property.

The research indicates that 31 per cent of people in the Republic own their home without a mortgage, 27 per cent have a mortgage, while 23 per cent are renting privately, with a further 11 per cent living with parents or friends.

Nearly 40 per cent of adults, equating to 1.4 million people, expect to buy a property over the next five years, the survey found.

Just over half of those who do not currently own their own homes plan to buy one, while there has also been an increase in those looking to downsize.

This will see approximately 1.07 million first-time buyers and those trading down likely to be in competition with each other for similar sized properties, the report said.

“Given the shortage of housing stock available this is likely to add significantly to the crisis already visible in the property market and to result in higher prices, making the dream of owning your own home even more challenging, particularly in Dublin and other urban locations,” it noted.

Richard Jones, head of life and pensions with Aviva, said: “Given the significant increases in the cost of renting and the lack of rental properties available, particularly in urban areas, it is not surprising to find that approximately four in 10 adults believe they will be in the property market in the next five years.

“This is further evidenced by the level of savings, with respondents saving on average €6,000 per annum.”