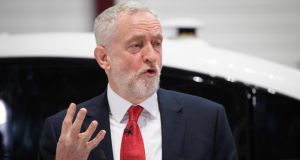 There is a world of a difference between Theresa May and Jeremy Corbyn when it comes to Brexit. But there is one similarity – they are both seeking a “bespoke” deal, one specially designed to meet the UK’s needs. However, the EU has made it perfectly clear that it will not allow the UK to pick and choose from the bits of the customs union and single market that it likes and ignore the rest.

May, who will outline her views in more detail on Friday, has chosen to ignore these warnings, looking for a continuation of free trade, but also the ability to pursue new trade deals on its own terms, and diverge, in some areas at least, from the rules of the single market. Brussels has already indicated it will not deal on those terms.

Now Corbyn has firmed up on Labour’s desire to see the UK negotiate a new customs union with Brussels, as well as having an ongoing relationship with the single market. He wants the UK to be able to trade on the same terms as now but is looking for carve outs to allow Labour to introduce new policies in areas like state aid and workers’ rights.

And he also wants the UK to have an ongoing say in new EU trade deals, and even to be able to negotiate its own trade deals.

Were the Corbyn approach to be put to EU negotiators they would be likely to respond that customs union membership could be discussed, largely on EU terms. But they would repeat that the UK cannot buy into bits of the single market and opt out of others.

Irish businesses will welcome the Corbyn approach insofar as it increases pressure for a softer Brexit. But even if the UK can sort out its own internal row about what kind of Brexit it wants, it may still be a long way off what the EU is prepared to offer.