US companies will pay more tax on their international profits 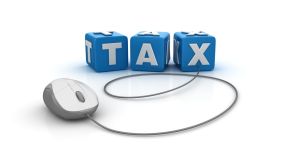 France’s decision to push ahead with its digital services tax involves unilateral moves by major countries leading not only to an impact on Irish tax revenues, but also trade wars

The move by France to push ahead with its digital services tax underlines the dangers for Ireland in the international drive for corporate tax reform. As a country central to the operations and tax planning of many of the major players, Ireland is very much in the spotlight here.

A drive for international corporate tax reform has been underway now in earnest for more than five years, under a process led by the Organisation for Economic Co-Operation and Development (OECD).

Ironically, Ireland, despite being in the firing line on the subject, has gained hugely from the first round of reform under this process, with receipts doubling over the last four years alone to an estimated €12.5 billion this year.

However, the second phase of the process is likely to lead to pressure on corporate tax revenues here compared to what they would otherwise be.

The reform plans could also have a big impact on our drive to attract investment here. Nonetheless, the Irish Government supports the BEPS process, because it fears the alternative is worse.

The French action puts this alternative into focus. It involves unilateral moves by major countries leading not only to an impact on Irish tax revenues, but also trade wars. The US is likely to impose tariffs on selected French products in response to the digital sales tax move. It is not hard to see how Irish exports to the US could be caught up in this as well.

The Trump administration is likely to push ahead with the tariff plan and, as president, Joe Biden will also surely defend US interests robustely. However the Biden administration’s attitude to the OECD deal remains unclear – the US withdrew from political level talks a few months ago.

The corporate tax debate has been framed in the context of revelations about the extraordinary low tax bills paid by many US companies on their international profits.

All the signs are that they will pay more in future. But how much is the question. And hidden behind all this is also a brewing international battle on which exchequers will benefit, with other countries casting a jealous eye at the billions extra garnered by the Irish exchequer in recent years.