Brexit: Most Britons now think UK will get a bad deal 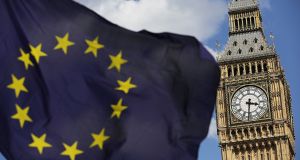 Findings show a growing disappointment with the Brexit process will not necessarily persuade voters to change minds.

More than half of British people now think the country will get a bad Brexit deal, according to a new survey.

A report by polling expert Professor John Curtice suggests the UK public, including those who voted Leave in the EU referendum, has become more critical of the way negotiations are being handled and more pessimistic about the consequences of Brexit.

A survey of 2200 people found 52 per cent now think Britain will get a bad deal — up from 37 per cent in February — while the proportion of Leave voters who think the UK will get a good Brexit deal has fallen from 51 per cent to 28 per cent in the same period.

The study, carried out for the National Centre for Social Research’s (NatCen’s) website, “What UK Thinks: EU,” also found just 21 per cent of Leave voters questioned think the government has handled the Brexit negotiations well, compared to 42 per cent in February.

“It might be thought the increased pessimism is primarily the result of Remain voters becoming increasingly disenchanted with the Brexit process,” said NatCen senior research fellow Prof Curtice.

“However, this is not what has happened. Rather, pessimism has become much more widespread amongst those who voted Leave.”

The research, funded by the Economic and Social Research Council, found the balance of public opinion on what kind of Brexit Britain should be seeking has not changed much during the year.

The proportion who think the country should “definitely” or “probably” allow freedom of movement for EU citizens in return for securing free trade dropped from 54 per cent in February to 53 per cent.

Prof Curtice explained the findings show a growing disappointment with the Brexit process will not necessarily persuade voters to change their minds about the wisdom of leaving the EU, or the kind of Brexit the UK should be seeking, with their focus instead on politicians, including Prime Minister Theresa May.

He added: “So far, at least, voters seem inclined to blame the actors in the Brexit process for their perceived failure to be delivering what voters want rather than draw the conclusion that the act of leaving is misguided.

“A difficult Brexit could simply prove politically costly for Mrs May and her beleaguered government rather than a catalyst for a change of heart on Brexit.”