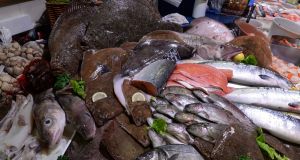 Pre-tax profits at the main firm of fish distributor, HJ Nolan last year declined by 10 per cent to €1.98 million.

New accounts show that the main factor behind the drop in pre-tax profits at HJ Nolan (Dublin) Ltd was the rise in pay to directors.

George V Nolan and James Ryan are listed as the directors and their pay increased from €278,156 to €2 million. Directors’ pension contributions increasing from €101,319 to €1.874 million.

Nolan in Dublin produce over 500,000 kg of smoked conventional, wild and organic salmon.

The accounts show that HJ Nolan (Dublin) Ltd’s accumulated profits increased to €5.9 million in the 12 months to the end of March last.

In January of last year, the firm announced that it was merging with Co Mayo based Carr & Sons Seafood Ltd.

At the end of December 2018, accumulated profits at Carr & Sons Seafood Ltd stood at €1.3 million and the numbers it employed stood at 76.

The book value of the company’s tangible assets reduced from €5.2 million to €647,608 before depreciation last year as a result of disposals totalling  €4.8 million.

The profit at the company last year takes account of non-cash depreciation costs of €132,656. The numbers employed reduced from 44 to 40.

1 Aldi empire wracked by family feud
2 NatWest considers closing Ulster Bank in the Republic
3 Will PTSB be Ulster Bank’s knight in shining armour?
4 NatWest confirms review of Ulster Bank as Covid-19 bites
5 TikTok to be banned from US app stores from Sunday
6 Cliff Taylor: What permanently low interest rates mean for you as a saver or borrower
7 Volkswagen close to selling its Bugatti supercar brand
8 EU signals late call on Apple tax appeal as deadline looms
9 What’s happening with the pandemic unemployment payment?
10 Gabriel Makhlouf: ‘A full second lockdown would be very serious for the economy’
Real news has value SUBSCRIBE