Brexit crisis descends to talk of stockpiles and ‘luxury’ cheeses 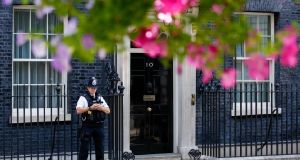 Britain is about to become a nation of stockpilers. As Westminster goes round in bitter, prevaricating circles, companies from aerospace giant Airbus to pharmaceutical company AstraZeneca are publicly signalling the pragmatic steps they will begin taking in order to mitigate against the prospect of a “no-deal” Brexit.

The British government is also said to be drawing up plans for the stockpiling of processed foods, in just one of hundreds of contingency measures that envisage what might happen if the UK’s customs arrangements were to change overnight, throwing its ports into chaos.

These plans are billed in some quarters as a way of showing Brussels that Theresa May was not bluffing when she said no deal was better than a bad deal. But such is the abject nature of the political crisis in London, that the scenario they envisage looks less unlikely by the day.

Likewise, an EU draft document is advising member states to deepen their contingency planning for the possibility that the UK will crash out of the EU without agreeing a formal “divorce”, and the topic was also the focus of Wednesday’s Cabinet meeting at Derrynane House in Kerry.

Meanwhile, comments from Arla Foods that dairy goods will become “luxury” goods in Britain whichever way it leaves the EU, with certain speciality cheeses becoming “very scarce”, is another reminder of the bizarreness of this self-inflicted wound.

Brexiteers like to label all such claims, from job losses to empty supermarket cheese displays, as Project Fear, just as they did throughout the referendum campaign.