AI will be bigger than internet revolution, many CEOs believe 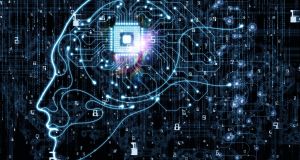 Almost half of Irish business leaders believe that artificial intelligence will have a larger impact on the world than the internet revolution did, a new survey has found. File photograph: Getty Images

Almost half of Irish business leaders believe that artificial intelligence (AI) will have a larger impact on the world than the internet revolution did, a new survey has found.

But while 64 per cent said it would significantly change the way they do business over the next five years, just half of Irish respondents are planning to pursue AI initiatives compared with 77 per cent of chief executives globally.

These were among the key findings in a survey by professional services firm PwC. The study also found that almost six in 10 Irish business leaders are confident about the Republic’s economic growth prospects although concerns around a skills shortage has reached an all-time high.

Some 84 per cent expect growth in revenues and 63 per cent anticipate an increase in their headcount.

Most see growth being delivered organically (70 per cent) while 33 per cent of chief executives believe growth will come from entering a new market.

The key challenge facing businesses here is the availability of skills, with eight out of 10 chief executives highlighting this as a problem – an all-time high in the 13-year history of PwC’s survey.

“Despite a dampening mood on the future outlook for our economy compared to two years ago, the survey shows that many Irish chief executives are cautiously optimistic about the future growth potential for their businesses,” said PwC managing partner Feargal O’Rourke.

“The survey highlights that the skills challenge is at an all-time high in the history of the survey. Having a pipeline of relevant skills for a digital world is one of the greatest priorities for businesses,” he added.

Concerns around hiring were more widely felt in Irish businesses than in their equivalents across the world, the PwC’s survey – which is conducted globally – found. While the issue was still prevalent elsewhere, 79 per cent cited availability of skills as an issue.

Irish chief executives were also more concerned about real estate costs, inadequate basic infrastructure and the future of the euro zone than their global counterparts.

Unlike their global colleagues, Irish leaders were sanguine about the economy’s growth prospects. Some 57 per cent were confident about the growth prospects of Ireland’s economy while one quarter said they see it declining this year.

The Central Bank has predicted that the Republic’s economy will grow by 4.4 per cent this year although a no-deal Brexit could result in a fall in GDP growth by up to four percentage points.

Geopolitical uncertainty was viewed as the leading threat by Irish chief executives with 75 per cent saying they were concerned. An increasing tax burden was also cited as a worry.

PwC’s survey was conducted in the autumn among 235 chief executives in Ireland, and 1,378 leaders globally in 91 countries.