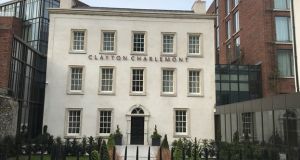 When Ireland reported its first case of Covid-19 on February 28th, everything within the hospitality industry changed. By mid-March most businesses in the sector were shut and thousands of jobs were lost.

Unsurprisingly the hotel investment market stalled also. The notable exception to this was the Dalata Hotel Group’s €65 million sale and leaseback of the Clayton Charlemont hotel to the German investor Deka Immobilien. At a 4.3 per cent net initial yield and € 345,745 per key, this remains the last significant Irish hotel transaction in 2020.

But uncertainty offers opportunity, and since March we have seen private equity and opportunistic capital targeting the Irish market. They await bargains that owing to Government supports and bank forbearance have yet to materialise.

When Irish hotels were permitted to reopen on June 29th, significant pent-up demand saw a strong performance across most markets. By August, a survey by the Irish Hotel Federation (IHF) showed occupancy levels across the country dividing along three lines.

• Provincial cities performed steadily with Galway, Cork and Limerick reporting levels of 75 per cent, 70 per cent and 53 per cent respectively.

• Conversely, Dublin city and county reported 30 per cent occupancy, while postcodes such as Dublin 2 and 4, reported rates of just 10 to 15 per cent.

The great summer staycation proved to be shortlived, however. The second lockdown from October 19 proved to be a major setback for a hotel industry reliant on the busy corporate months of October and November.

While some of the larger hotel groups concentrated their energies on keeping a reduced number of their properties open for business, those hotel owners based in seasonal trading locations closed entirely. Many do not plan to reopen until next spring.

Dublin continued to be hit the hardest, however, with occupancy running at an average of 16 per cent between October and November.

The road to recovery

The recent arrival of effective vaccines for coronavirus has led to an increase in buyer inquiries and bid levels as investors eye a swifter recovery in hotel trading performance.

We have also seen the return of some banks and debt funds into the hotel refinancing market, notwithstanding the fact that viable options for owners are still limited.

While liquidity remains low it is improving, and the gap between seller and buyer expectations is narrowing. As such we anticipate a big increase in transactional activity in the first half of 2021.

Looking at the make-up of the hotel sector, we expect to see the big players getting bigger as the consolidation of the industry picks up pace.

Irish operators Dalata and Staycity, European groups such as Premier Inn and Motel One, and global brands Accor and Hyatt are all planning to increase their market share here.

Ireland is a fractured market with over 80 per cent of its hotels under independent ownership. It is this part of the market, weakened by Covid-19, that the dominant players will target.

And bank forbearance, in a regulatory environment where bankers are now required to recognise their credit losses swiftly, will not last much longer. The over-leveraged bank or under-capitalised hotel owner may well lose out in 2021. That is the nature of a recession. Let us all hope it’s short.