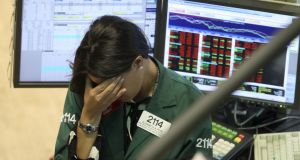 Short sellers like to bet against “bad” companies, hoping to profit when overvalued stocks finally get their comeuppance. However, while buying cheap stocks is all very well, recent research indicates that betting against expensive stocks may not be worth the bother. Short sellers aim to profit when markets fall. To short a stock, you must first borrow it from long investors – those holding it for the long-term in the hope that it rises in value. You then sell the stock in the hope of eventually buying it back at a lower price. If the stock falls in price over this period, you profit; if it rises, the short seller loses money.

Though often frowned upon by chief executives and ordinary long investors, shorting has long been popular among hedge funds, which used the strategy to profit during the 2000-2002 dotcom crash and during the global financial crisis between 2007 and 2009. The merits of shorting also tend to be stressed by academics and quantitative investors. Recent years have seen a rapid growth in what’s known as factor investing. Research from Nobel economist Eugene Fama, among others, has shown that certain investment factors, such as value and momentum, have delivered the goods for investors over long periods. The ability to go short has been central to the development of various factor strategies. For example, funds seeking to exploit the value factor seek to buy cheap, undervalued stocks while shorting expensive, overvalued stocks.

Other investors opt to profit from the momentum factor by buying the stocks displaying the most momentum and shorting losing stocks. The same goes for the volatility factor (buy low-volatile stocks, short high-volatility stocks), among others.

However, shorting such stocks may not be worth the hassle according to When Equity Factors Drop Their Shorts, a new paper from researchers at Dutch fund giant Robeco. Examining US stock market returns between 1963 and 2018, the researchers tested the performance of various factor strategies. They examined returns for a long-only strategy (simply buying the best stocks according to a particular factor), a short-only strategy, and a long-short strategy. With each factor, a long-only strategy generated the best risk-adjusted returns. The predictive value of market factors lies on the long side, not the short side. That is, very cheap stocks are much more likely to outperform than very expensive stocks are to underperform; winning momentum stocks are more likely to keep gaining than losing stocks are to keep losing; and low-volatility stocks are more likely to outperform than high-volatility stocks are to underperform. The results hold true for both large- and small-cap stocks, the researchers found. Breaking down the results into different decades, they found the results are consistent and “robust over time”. Nor are they confined to the US market, with similar patterns reported in European, Asian (excluding Japan) and global markets. Of course, no factor outperforms all the time. Different strategies work in different market cycles and even the best strategies can endure steep drawdowns. However, drawdown risk is “consistently lower” with long strategies.

“The short legs are often twice as risky as the long legs”, say the Robeco researchers, “and experience significantly deeper drawdowns”.

Factor performance tended to be weak during the dotcom bubble in the late 1990s, when investors bailed out of solid blue-chip stocks and flocked to high-flying tech stocks with poor fundamentals, but the losses on short positions (investors betting against risky, unprofitable, growth stocks) exceeded the losses on the longs (investors buying stable, profitable, value stocks).

Similarly, most factors, particularly momentum, underperformed in the aftermath of the global financial crisis. Again, the bloodletting was most severe on the short side: the losses of the shorts (bets against risky, unprofitable, losers) were up to three times larger than the losses of the longs (buying stable, profitable, winners) during 2009, the researchers note. “In other words”, they add, “when factors fail, the shorts tend to be hit harder”.

If anything, the study understates the difficulty of a short approach. Shorts have to pay borrowing fees, but the study doesn’t account for the “substantially higher” costs associated with short positions.

Implementing short strategies can also be tricky. Many stocks can only be sold short to a limited extent, the study notes, while other stocks cannot be shorted at all. Additionally, shorts who borrow a stock must accept the possibility that it can be unexpectedly recalled, resulting in a forced and potentially untimely closing of their position. There are other risks. There is no limit to how high a stock can go, resulting in potentially unlimited losses. There is the possibility you will not be able to cut your losses – with highly-shorted stocks, there is the risk of a short squeeze, when unexpectedly good news drives the stock price higher and a mass of shorts are forced to run for the exit door at the same time.

There can also be legal impediments – many countries have introduced partial or full bans on short selling, notes Robeco. There is also reputational risk, with the media and policymakers often issuing harsh criticisms of short sellers perceived as profiting from the misfortune of others.

Many prominent investors, too, aren’t keen on the practice – the head of Japan’s $1.6 trillion Government Pension Investment Fund (GPIF), the world’s largest pension fund, recently suspending lending on its portfolio of foreign stocks, saying he had “never met a short seller who has a long-term perspective”.

Many of the aforementioned obstacles are not new, of course, but a 10-year bull market and Robeco’s new findings regarding the difficulty of profiting from short strategies might make some hedge funds wonder if shorting is worth the bother. Ordinary investors should hope that doesn’t happen, given that a wealth of research demonstrates that short sellers make markets more liquid and efficient.

Shorts also help to root out fraud and flaws in the financial system, as evidenced by their role in exposing unsustainable goings-on at companies such as Enron, Anglo-Irish Bank and Lehman Brothers, among others. Many shorts pride themselves on their scepticism and contrarianism, and doubtless will continue to spend time looking for companies to bet against. Additionally, much research indicates shorts tend to be sophisticated investors; nothing in the Robeco paper suggests such investors cannot profit from short bets. Ordinary investors, however, should remember that shorting is psychologically testing and fraught with risk. Robeco’s findings suggest shorting may be too tricky for many professionals, not to mind retail investors.