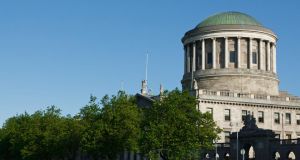 Several companies in the O’Flynn group are suing former managers Patrick Cox, Liam Foley, Eoghan Kearney and others saying they made a €12.5m profit on a project at the business’s expense. Photograph: iStock

Businessman Michael O’Flynn told the High Court on Thursday that former workers stole confidential information from his property development group for their own purposes.

Several companies in the O’Flynn group are suing former managers Patrick Cox, Liam Foley, Eoghan Kearney and others saying they made a €12.5 million profit on a student accommodation project on Gardiner Street, Dublin, at the business’s expense. The defendants deny the claims.

Mr O’Flynn told the court that Mr Cox and the others could not have completed a development the size of the Gardiner Street complex, which has 500 student apartments, without using his group’s material and information.

“I have no doubt they stole them for a purpose and they used them for that purpose,” he said.

Paul Gardiner, defence senior counsel, suggested that Mr Cox did have the experience and knowledge needed to complete a project the size of Gardiner Street.

“Such a proposition would be believable if Mr Cox did not steal 36,000 documents from our companies,” Mr O’Flynn replied.

He was referring to claims that Mr Cox downloaded information to an external hard drive before he left the group in 2015.

The former O’Flynn executive, who now runs his own business, Carrowmore Properties, returned that information a year later. Mr O’Flynn pointed out that he only did so after receiving “legal correspondence”.

“If Mr Cox had all this knowledge, he could have left us and started his own business the following day,” Mr O’Flynn declared.

He also alleged that Mr Cox convinced Sarah Jennings, former personal assistant to the O’Flynn group’s UK chief, John Nesbitt, to give him confidential information even after he left the business.

Mr O’Flynn noted that only one defendant, Mr Kearney, admitted using stolen material. He also claimed that the trio no longer denies taking confidential information from the group.

The group maintains that Mr Cox began developing Gardiner Street in 2014 and 2015, while he was still an employee and should have been pursuing such projects for the O’Flynn organisation, rather than for himself.

Earlier the court heard that Mr Cox says the group allowed him pursue his own projects while working out his notice.

When Mr Cox resigned in April 2015, he agreed to work until the end of July that year, and then would spend August, the last month of his notice period, on holiday.

A letter from Mr Cox setting out his notice terms to the company, dated June 17th, 2015 and signed by Mr Nesbitt, states that he would not be precluded or restricted “in any way from working on my own business activities during the above months”.

However, Mr O’Flynn said that the letter was only meant to facilitate Mr Cox in working out his notice where “we did not know of his wrongdoing”.

Shortly before he left, the organisation offered Mr Cox the opportunity to stay or to move with Tiger Developments, the group company that hired him, to Carbon Developments, part of the US business Blackstone.

Tiger was transferring under the terms of an agreement between O’Flynn Group and Blackstone struck to resolve legal action.

Mr O’Flynn said that the letter was meant “to help him more than to help us” and added that otherwise, Mr Cox would have been left sitting in a Blackstone office for three months.

The developer also maintained that the former employee told him that he was doing nothing for himself around the time that he left the group.