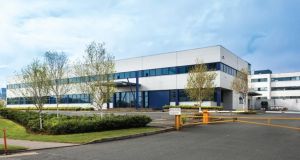 The former Avid Technology site in Sandyford, south Dublin, has been sold three times since 2015.

Developer Pat Crean’s Marlet Property Group has stepped in to acquire a prime 1.8 acre development site in Sandyford, south Dublin, for about €17 million following the withdrawal by a rival bidder of an offer of €23 million for the property.

While Swedish student accommodation provider Prime Living and its Irish joint venture partner Cara Cove Holding had been close to securing the sale of the former Avid Technology site to a US investor for the higher sum, negotiations between the parties were terminated in recent weeks.

Had the deal been completed, Prime Living and its partners would have more than doubled their money, having acquired the site at the junction of Blackthorn Road and Carmanhall Road for €10.3 million in 2017.

But while the €17 million price now agreed with Marlet is significantly less than the figure the vendors had been aiming for previously, it still represents a premium of 60 per cent on their original investment.

The uplift in the site’s value since 2015 has been even more significant. Back then, the UK-headquartered developer U+I paid €6.5 million to secure ownership of the property. The site was sold on that occasion with the benefit of planning permission for 147 apartments, a creche, cafe, gym and 151 car parking spaces.

While Prime Living secured approval from An Bord Pleanála in May of 2019 for the development of 820 student bed spaces on the site, it is understood Marlet is considering a fresh planning application with a view to delivering up to 400 apartments instead.

The demand for residential accommodation in Sandyford continues to grow at an exponential rate thanks to the growing tendency of companies in both the telecommunications, media and technology sector and the finance sector to locate there.

The former Avid Technology site is located immediately beside Facebook’s latest office location at the Nova Atria South building, and within a short distance of Google’s offices at the Chase and Blackthorn buildings, and the Central Park campus.

In the case of Prime Living, its decision to acquire the Sandyford site had been informed by its location just 3km from UCD, and its close proximity to two Luas stations, affording easy access to Trinity College and the Royal College of Surgeons.

The property was Prime Living’s second investment in Ireland with Cara Cove Holding, a company linked to Sweden-based Ian McGlinchey, who owns a chain of Irish pubs abroad. Prime Living holds a 70 per cent share in the venture and Cara Cove the remaining 30 per cent.

Their first deal together involved the purchase of a 0.33-hectare (0.82 acre) development site in Letterkenny, Co Donegal, where they have plans to build about 136 bed spaces.