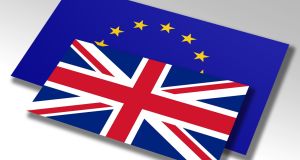 Brexit remains “the most pressing concern” for members in 2018 says the Northern Ireland Chamber of Commerce survey.

One in five businesses in the North have already experienced a drop in turnover because of the UK’s decision to leave the European Union, according to latest research from the Northern Ireland Chamber of Commerce.

A significant number of firms have also had to contend with rising costs as a result of the Leave vote – particularly manufacturing businesses who source raw materials outside of the North.

But even though many exporters have enjoyed an increase in orders thanks to the weak pound, others have not fared so well and are reporting a slump in export sales.

Feedback from firms highlighted in the NI Chamber of Commerce’s latest Quarterly Economic Survey, which covers the fourth quarter of 2017, also shows that one in three businesses have scaled back or put on hold investment plans because of Brexit with just 11 per cent going ahead with expansion projects.

In contrast one in five companies in the North said the Brexit decision had encouraged them to invest outside of Northern Ireland.

According to the NI Chamber, Brexit remains “the most pressing concern” for its members in 2018 and the business body has warned that the uncertainty surrounding how it plays out for the North continues to impact widely on buyer confidence and investment.

Its latest survey suggests that businesses are battling foreign exchange rate challenges on a daily basis which directly affects costs and puts pressure on prices which has made Northern Ireland firms more concerned about exchange rates compared to businesses located in other UK regions.

But Ann McGregor, chief executive of NI Chamber, said Brexit is just one of many challenges local businesses face over the next 12 months.

Ms McGregor said although the Northern Ireland economy had continued to show signs of growth in the last quarter of 2017 – both the manufacturing and services sectors delivered an upbeat sales and jobs performance and many reported strong export orders – overall the economy came out much weaker when compared to the UK overall.

“Despite pockets of resilience and success, and strong results for some firms, the bigger picture is one of slow economic growth amid uncertain trading conditions.