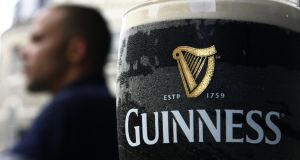 Drinks group Diageo warned on Wednesday that the spread of coronavirus in greater China and the Asia Pacific region could knock up to €240 million off its 2020 profit as bars and restaurants stay shut.

The London-based company, whose brands include Guinness, Johnnie Walker Scotch whisky and Smirnoff vodka , estimated the negative impact of the virus on the group’s organic net sales and organic operating profit of between £225-£325 million and £140-£200 million respectively. It cautioned that these ranges exclude any impact of coronavirus on other markets beyond China and Asia Pacific.

Diageo noted that in China, bars and restaurants have largely been closed and there has been a substantial reduction in banqueting. It said it has seen significant disruption to trading since the end of January which it expects to last at least into March. Thereafter, it expects a gradual improvement with consumption returning to normal levels towards the end of fiscal 2020.

Diageo also highlighted a hit to consumption in several other Asian countries, especially South Korea, Japan and Thailand. In these countries it expects a gradual improvement throughout the fourth quarter of fiscal 2020. The group also called out a significant reduction in international passenger traffic, especially in Asia. It said recovery of passenger traffic is assumed to be gradual, resulting in weaker performance for the remainder of fiscal 2020. “We remain confident in the growth opportunities in our Greater China and Asia Pacific business. We will continue to invest behind our brands, ensuring we are strongly positioned for the expected recovery in consumer demand,” Diageo added. Shares in Diageo, flat over the last year, closed Tuesday at 2,960 pence, valuing the business at £68.8 billion. - Reuters