Company has increased milk production by half in six years, according to chief executive 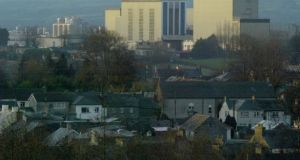 Dairygold has won the Cork Chamber award for company of the year for 2017.

In accepting the award, the company’s chief executive Jim Woulfe said it has increased its milk production by half over the last six years.

Paying tribute to the company’s suppliers and staff, Mr Woulfe said Dairygold had been faced with an opportunity six years ago to prepare for the ending of the European Union superlevy regime, and said the company had met its targets.

He was “merely the captain accepting the cup on behalf of the Dairygold team”. He who thanked the co-op’s banks and state agencies including Enterprise Ireland.

He said the regeneration and redevelopment of its dairy sites at Mitchelstown and Mallow could not have been achieved without the support of Cork County Council and various contractors which saw it invest more in milk processing infrastructure in the past five years than in the preceding 30 years.

He siad: “It was the confidence that these developments demonstrated that led to us securing significant external investment by Ornua in establishing the Kerrygold Butter Centre of Excellence at our site in Mitchelstown.

“And now Tine - Norway’s largest dairy processor is doing the same with Jarlsberg Cheese at our site in Mogeely in East Cork.”

Mr Woulfe paid tribute to the co-op’s 1,204 employees for their roles in delivering the expansion plan.

Cork Chamber president, Barrie O’Connell, paid tribute to all the finalists and said it had been another highly successful year for the awards, presented in conjunction with Vodafone Ireland.

“The Awards shine a spotlight on the exceptional businesses in the Cork region and give us great confidence in Cork’s ability to deliver business excellence,” he said.