France pulls the plug on ‘big sport’ until September 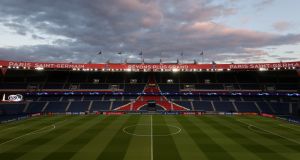 The French prime minister, Edouard Philippe, has announced there will be no professional football in the country until at least September and the 2019-20 season in Ligue 1 and 2 will therefore end immediately.

Matches in France have been suspended since the start of March because of the coronavirus pandemic, with several players having agreed to defer up to 50 per cent of their salaries to help their clubs through the crisis after broadcasters withheld TV rights.

Whereas Germany’s Bundesliga looks set to resume next month behind closed doors, Philippe’s speech to the National Assembly on Tuesday confirmed that France was unwilling to risk a further outbreak by sanctioning the return of professional sport.

The league’s governing body, the Ligue de Football Professionnel, is expected to meet next month to discuss how to end the season and resolve issues such as Champions League qualification, promotion and relegation. In the Netherlands the Eredivisie season was cancelled without any champions being crowned and with all 18 teams remaining in the division next season. - Guardian