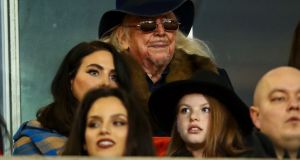 Former Blackpool chairman Owen Oyston has been removed from the board of the League One club.

Oyston, who was involved in a legal wrangle with his son Karl, has also lost his place on the board of Blackpool Football Club (Properties) Limited under changes announced by the receiver brought in to sell the club in order to settle the family’s £25million debt to former club president Valeri Belokon.

Karl Oyston, 51, was Blackpool chairman from 1999 to February 2018, when he was replaced following a high court ruling that he and his father had been guilty of “illegitimately stripping” the club’s assets following their season in the Premier League in 2010/11.

Tim Fielding, who has served as chairman of the Blackpool Supporters’ Trust, will represent the fans in an observational role to ensure full transparency.

In the changes announced by Paul Cooper in his role as Court Appointed Receiver, former Inter Milan chief executive Michael Bolingbroke, who was the chief operating officer at Manchester United for seven years from 2007, has been appointed as consultant to the new board.

Cooper said: “I am delighted to announce these appointments as I believe they demonstrate the high calibre of individual, who is prepared to work with all the stakeholders of this great club to ensure it can perform at the highest level in the most professional, transparent and optimal way.”