Claims involve individuals at 30 London clubs, including four in the Premier League 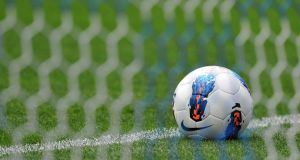 Individuals at four Premier League clubs are among those being investigated over historical sex abuse, Scotland Yard said. Photo: PA

Individuals at four Premier League clubs are among those being investigated over historical sex abuse, Scotland Yard said.

The force has not named the clubs involved but said four of them are currently in the top division, two are in the Championship, three are in League One and League Two and there are a further 21 non-league, non-professional or amateur teams.

Detective Chief Superintendent Ivan Balhatchet said: “The Met take all allegations seriously, and specialist officers will work through the information passed to them.

“The number of referrals, pieces of information and allegations will change. Officers will continue to work through the information that has been reported.”

The announcement comes as football teams across the country have been implicated in the growing scandal gripping the sport.

There are 13 London-based clubs in the four professional English football leagues, with five in the Premier League — Chelsea, Arsenal, Tottenham Hotspur, West Ham and Crystal Palace.

A Met spokesman declined to name any of the clubs involved.

On Friday, the National Police Chiefs’ Council (NPCC) said 98 clubs across the country and spanning all tiers of the game have been “impacted” and some 83 potential suspects have been identified.

The NPCC said 98per cent of those identified as potential victims are male with an age range at the time of the alleged abuse from as young as seven to 20.

A total of 639 referrals from a National Society for the Prevention of Cruelty to Children (NSPCC) helpline and directly from police forces have been received by Operation Hydrant.

The English Football Association, as well as police forces across the UK, launched an inquiry soon after a victim spoke out in the press, and the Scottish FA followed suit on Tuesday.