‘Your father works for my father’: Schools rugby turning toxic in the stands

Best reads of 2020: Supporter behaviour at Donnybrook could have more serious legal implications 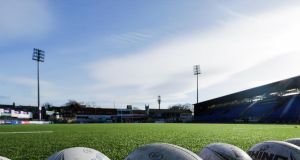 The Leinster Branch of the IRFU issued a warning to rugby schools competing at Donnybrook over the behaviour of fans. Photograph: Brian Reilly-Troy/Inpho

I didn’t think I’d return to schools rugby so soon. But something is going very wrong, and it’s happening off the pitch.

I have attended many schools matches, and have seen at first hand the reasons why the Leinster Branch of the IRFU have found it necessary to issue a letter of warning to all schools in the Senior Cup quarter-finals which have just concluded. Gavin Cummiskey outlined the letter very well here last week.

Let me choose my words carefully.

Firstly, it is not all schools, nor all past pupils, and I do not wish to tarnish those who do promote the true ethos of rugby. But it is too many.

Basically, current and past pupils, through the letter to the schools, have been told that further incidents will mean that An Garda Síochána will take action. It is their duty.

A week or so ago a group of past pupils from one of the foremost fee-paying schools in Dublin approached Donnybrook prior to a match dressed to intimidate, heads covered with hoodies. They were likely to cause trouble, fuelled perhaps by alcohol.

The schools do distance themselves from the actions of past pupils and cannot be responsible for them. But do these young men just leave school and then suddenly turn to thuggery, or is there an underlying lack of discipline in some schools these days?

These are schools which it is an absolute privilege to attend, and they produce very high levels of students who go onto third level, and subsequently make great contributions in their chosen fields. They seem to have forgotten how fortunate they are in society.

They also seem to be completely unaware that, in a split second, the sort of trouble that their behaviour can provoke is capable of turning into an investigation, a criminal charge and a conviction. This would see young men’s dreams, and all for which they have so far striven, disappear before their very eyes. Parents, who have spent a fortune on providing the best education, must be horrified.

The past pupils tend to congregate at each end of the terrace facing the stand at Donnybrook. It is an intimidating place, the language is foul and the verbal abuse of match officials and of opposing players is appalling. The throwing-in hooker, who is but a couple of metres away, gets a particularly torrid time.

I also heard some comments that could only be described as on the cusp of racial abuse.

The use of flares is both frightening and dangerous.

The actions of some coaching staff can be completely unacceptable, upright in the stands they roar complaints, spreading their arms wide in disbelief and derision at the decisions of match officials. This encourages further abuse from the pupils; it is not a good example.

It is important to state that the match officials are volunteers. They are not paid, giving their time freely. What if they did not?

These schools, and they don’t have to be named here, seem unaware of some of the shouting coming from their supporters. Here are two examples I heard: “Your father works for my father” and “we pay fees”.

There is a gap now to the semi-finals and final. It gives an opportunity for everyone to put their house in order; and to demand and ensure that the opposition and the match officials are respected by current and former pupils.

Otherwise, accountability is on the way, and it won’t be to the school. It may well be to the courts.