Rugby and cycling the focus for Irish anti-doping testers 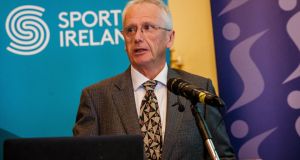 Sport Ireland chief executive John Treacy. ‘We don’t think we have a huge doping culture in Ireland, but we always have to be vigilant, and we will continue to be vigilant.’ Photograph: Ryan Byrne/Inpho

Irish sport does not have “a huge doping culture” according to Sport Ireland chief executive John Treacy.

Of 1,303 anti-doping tests carried out in 2019, the authority recorded seven rule violations and a further four “pending” results in its annual report.

Addressing the question of whether the seven adverse findings reflected the wider Irish landscape when it comes to doping in 2019, and whether the cost of the anti-doping programme – €1.94 million, slightly down on the €1.98 million in 2018 – still represented a good return on the investment, Treacy highlighted the fact much of anti-doping is about deterrent.

“I think the year before it was only one, and if you average them out over a number of years, that’s normally the way it happens. Maybe last year was very low, but if you average it out over five years, it’s fairly consistent. There’s nothing usual, it’s just the trend.”

The 2019 report does not include the latest case of Carlow footballer Ray Walker, who has blamed anti-inflammatory medication and a lack of anti-doping training for his inadvertent return of a positive test for a banned substance last February, while also accepting the resulting four-year ban.

For the second year, rugby has also topped the list of Therapeutic Use Exemptions (TUE), whereby a player can be granted approval for a substance otherwise on the banned list: of the 44 TUEs approved in 2019, up from 24 in 2018, nine were in rugby, more than any other sport including soccer (six) and swimming (four), with three in athletics. There was, however, a decrease in the number of unsuccessful attempts when it came to testing whereabouts relating to the main governing bodies, with four in the GAA and the FAI (compared to six in 2018), and none in the IRFU (compared to two in 2018).

On the matter of continued testing in the face of coronavirus, Sport Ireland director of participation and ethics Dr Una May said: “While we are experiencing unprecedented and uncertain times, the anti-doping system is still functioning, albeit at a significantly reduced level of activity. Notwithstanding this, Sport Ireland remains in a position to act on any intelligence received; our close relationship with the HPRA [Health Products Regulatory Authority], An Garda Síochána and Customs is vitally important in this regard.”

TESTING BY THE NUMBERS