Irish woman to be added to World Rugby Council 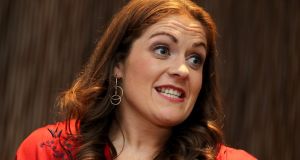 An Irish woman will be added to the World Rugby council. The IRFU have confirmed that John O’Driscoll and Pa Whelan will be joined by a third person, who must be a woman under new rules, adding that her identity is still being “finalised”.

World Rugby plans to increase the previously all-male 32-member council – which votes on major decisions like hosting the World Cup – to 49 members.

Mary Quinn, the only woman on the IRFU’s 28-person committee, is a potential candidate along with retired Grand Slam captain Fiona Coghlan, who acted as a World Cup ambassador during last year’s tournament in Dublin and Belfast.

These moves toward gender equality coincide with an ongoing strategic review of the women’s game in Ireland, co-chaired by Quinn and Su Carty.

“We have met over 200 representatives from clubs around the country,” said Carty. “We have met international players, Sevens and 15s, we’ve met with past players and we’ve reached out far and wide with stakeholders involved in women’s game in Ireland.

“People have been really straight with us about what they want. They want to see a genuine commitment from the top that women’s and girls rugby in Ireland is going to move to the next level. They want to see effective action.”

Meanwhile, in an attempt to address accusations of gender discrimination in Irish rugby, the Leinster Branch of the IRFU have formed a “bye-laws inclusiveness review group”.

In a letter circulated to Leinster clubs and schools last October, Shirley Corcoran, chairman of Railway Union RFC, stated: “We believe that choosing to recognise senior status of a club based solely on where their men’s 1st XV play, and by choosing to recognise the men’s AIL and not the women’s AIL as basis for senior status, discriminates on gender and that such an interpretation goes against Irish rugby’s values, in particular ‘respect, integrity and inclusivity’.”

Railway Union are seeking a two thirds majority at the Leinster AGM in May to alter the current bye-laws so they can attain full senior status and thereby join the executive committee.

The Leinster Branch have formed a three-person committee, chaired independently, to ascertain whether “the bye-laws are appropriately inclusive of the membership of the clubs and the game of rugby in Leinster and fully and appropriately reflect the diversity of the membership of the game of rugby in the Leinster Branch; and whether the bye-Laws respect the views and contribution of all of the constituencies who make up Leinster Rugby.”

The stated objective is to complete this review before 2019 but Railway Union will continue to seek support for change from clubs, schools and referees in May.

Last year the IRFU chief executive Philip Browne told the Joint Committee on Transport, Tourism and Sport, when the possibility of gender quotas for national sporting bodies was raised, that it is “difficult to find suitably qualified female candidates with the accumulated rugby wisdom and skill sets to fill such quotas without retreating towards tokenism”.

Corcoran countered: “There’s a lot of women out there who have knowledge on the game in general, not just the women’s game, who have been involved in women’s rugby over many years.”