Ireland to face champions France at Under-20 World Cup 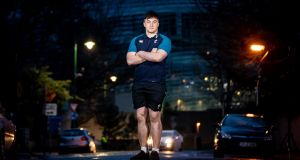 Ireland have been drawn alongside France, Argentina and Japan in Pool A in the Under-20 World Championship that takes place in Italy next summer.

Noel McNamara’s side have avoided the three southern hemisphere heavyweights, six-time winners New Zealand, Australia and South Africa but will face France, a country that has won the last two Under-20 World Championships.

Ireland beat France at Musgrave Park en route to a Grand Slam in the Under-20 Six Nations Championship last season and the World Cup draw will add spice to their upcoming clash in the same tournament at the Stade Aime Giral in Perpignan on Friday, March 13th.

The Under-20 World Championship takes place in Italy across four venues, Calvisano, Verona, Viadana and Parma and Ireland’s first game is against Argentina at the Peroni stadium in Calvisano on Sunday, June 28th (8.0pm, Irish time).

Ireland and France meet at the same venue five days later, Friday, July 3rd (3.0, Irish time) while the final game for McNamara’s charges in the pool stages sees them switch to Verona and the Payanini Centre on Wednesday, July 8th (3.0, Irish time) where they will face, Japan, the latter promoted from the B tournament last season.

Ireland will play a further two matches in the tournament to decide the winners all the way down to the 12th placed side, who will be relegated.