Tournament will become the Guinness Six Nations from 2019 onwards 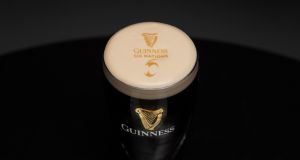 Guinness have announced a new six-year deal to become the title sponsor of the Six Nations - with the tournament to be known as the Guinness Six Nations from 2019.

They will replace RBS and Natwest as the competition’s main sponsors from next year, as Grand Slam winners Ireland bid to retain their title.

On the announcement of the deal, Six Nations CEO Benjamin Morel said: “We are absolutely delighted to enhance our long-standing relationship with Guinness and they will be a terrific title sponsor for Rugby’s greatest championship.

“Guinness are world leaders and our partnership between two great iconic brands will enable us to reach new audiences on a global scale.”

The deal between the Six Nations and Guinness follows Heineken’s return as title sponsors of the Heineken Champions Cup from the 2018-19 season.