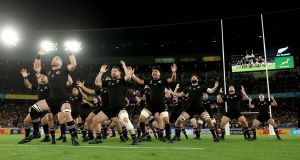 Many New Zealanders have expressed anger at not being able to watch the All Blacks’ first match of this year’s Rugby World Cup due to errors in a new streaming service, with more than 10,000 calling the service’s emergency hotline for assistance.

Rights for this year’s tournament in the rugby-mad island nation were bought by telecommunications giant Spark, which had planned to livestream games on a special website, Spark Sport, for a one-off fee of NZ$80 (€45), with no free-to-air alternative.

On Friday night however, during the opening game between Japan and Russia, New Zealanders reported error messages, freezing issues, the focus dropping in and out and the game repeatedly flashing to black.

Blair Mirfin is a farmer in the remote Grey Valley on the South Island’s west coast. The local rugby coach said people were jittery about how they would follow the tournament.

“We’re out in the blooming back blocks here and internet reception is terrible, you’re lucky to get the odd pocket here and there,” said Mirfin.

“It should absolutely be on free-to-air channels – it’s the country’s national sport. The government should be sticking some money into letting us watch rugby. I am sure it is bringing in a lot of money through tourists and what not.”

According to Spark, the first game of the cup “worked well”, despite fans angrily attesting to the contrary.

The company has refused to release figures of how many issues were recorded on the first night of the tournament, but said more than 40,000 viewers were able to tune in.

The justice minister, Andrew Little, had said rural New Zealanders deserved to watch the World Cup, and had pushed though a bill allowing licensed premises to remain open for the duration of the tournament in Japan – giving rugby fans the choice of heading to the pub if their home viewing parties failed.

For many, however, Mirfin says, heading into pubs and hotels is unpractical and expensive.

“I’m pretty annoyed about it, with what farmers do, we’re on a tight schedule; we can’t just drop everything and go to the pub even if its going to be on there. It’s a pretty awkward situation all around.”

Mike Connors, the CEO of the West Coast Rugby Union Club, said many people did not like going to pubs to watch games as alcohol could make things rowdy and the sound and quality of the experience often was not up to scratch.

“Most of New Zealand is a pretty rural farming country, so this is a pretty strange decision,” Connors said. “Some people just won’t be able to watch, there are no contingencies in place.

“If you live 150km from a town, are you going to drive in to watch it? Personally I don’t even like the atmosphere at bars. A lot of people are the same.”

TV and audiovisual experts nationwide have also reported a boom in business as they guide people through installing the tricky technology.

As the All Blacks ran out to meet the Springboks on Saturday, delays and freezing interrupted the lead-up.

For some viewers, the live stream froze for more than 20 seconds and only went live again as George Bridge of the All Blacks scored the first try of the match.

Earlier in the evening, more than 88,000 New Zealanders had tuned in to watch the Fiji vs Australia match, with over 10 per cent reporting problems.

A spokesperson for Spark told the Guardian there had been “no issues reported” in the lead-up to the All Blacks’ kick-off on Saturday, despite evidence of numerous live complaints to the company on social media, and reports of issues with games and pre-game commentary, freezing, displaying error messages and flicking to black.

“In terms of performance of our platform, we have no issues from our end,” a Spark spokesperson said. “Our customer care teams are working with customers who are experiencing user-related or device issues on an individual basis.” – Guardian