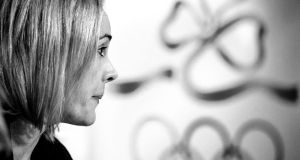 The Government has restored full funding to the Olympic Council of Ireland (OCI), having originally suspended all financial assistance in the aftermath of the Rio Olympic ticketing scandal.

Outstanding funding for 2016 was paid over to the OCI in September, and a statement from the OCI this evening confirmed the decision “to restore State funding to the organisation with immediate effect”.

OCI president Sarah Keane, who earlier this year succeeded Pat Hickey in the position said: “On behalf of the OCI I wish to thank Minister Shane Ross and Minister Griffin for the decision to release 2017 funding and to restore normal funding arrangements from 2018. We can now move ahead confidently with our athlete centred plans for 2018 and beyond.

“The decision to restore State funding is recognition of the hard work that has taken place this year at the OCI to transform its governance arrangements and the efforts made to tackle some of the other legacy issues arising from the Rio Games.

“The Board and staff of the OCI will continue to pursue our reform agenda as we face into a busy year for Olympic athletes in 2018. With the Winter Games in Pyeongchang and the World Youth Games in Argentina next year we have a very busy programme of work ahead of us to support our athletes and member federations.

“Today’s decision gives us greater financial certainty following a year of enormous change and rebuilding at the OCI. Together with our Athletes’ Commission we look forward to working with Sport Ireland, our Member Federations and other agencies of the State to implement our athlete centred programme of work in 2018.”

Ross had been insistent that he would not restore funding to the OCI until all legacy matters were addressed satisfactorily in the aftermath of the Rio controversy. It had withheld funds from the OCI since the arrest of Hickey amid allegations of ticket touting at the Olympics in Rio surfaced.

An outstanding 2016 amount of around €100,000 was paid out in September, but some €300,000 in funding for 2017 had been withheld pending the outcome of the Moran enquiry in the Rio Olympic ticketing scandal, and the OCI’s controversial relationship with their Authorised Ticket Reseller THG.

Last month, the OCI announced it had reached a confidential agreement to break its contract with the British company, clearing the way, it seems, towards the restoring of full Government funding.

“We’re very well disposed towards the Olympic Council of Ireland,” Ross told The Irish Times last month, “and we’re very eager that we should be able to fund them again, as soon as possible. It will be a decision that will be made before the end of the year, that’s what we’re looking at.”

Ross however declined to comment on whether or not former OCI president Hickey might still be held accountable for his alleged role in the controversy, if only before an Oireachtas Committee.

Hickey’s trial in Rio was due to begin on November 29th, but was suspended by the Brazilian Supreme Court, after it was decided an injunction to suspend the case, granted to THG executive Kevin Mallon, “extends to all of the accused in this process”, including Hickey.

“I’m not going to make any comment on something which might prejudice the trial, or event of that sort, any legal issue which might affect a trial in Brazil,” said Ross. “It would be irresponsible to do so.”

The OCI reprted losses of €800,000 for 2016, after the fallout from the ticketing scandal cost the organisation €1.5 million.