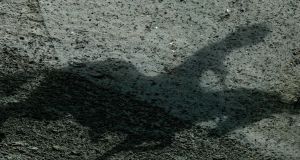 Anne Marie Dunphy was crowned national champion at the Dressage Ireland championships at the Cavan Equestrian Centre on Saturday.

For the second year running, Dunphy won the Grand Prix with her 16-year-old Dutch Warmblood gelding Urbanus (by Ronaldo), once again beating Sandra Blake Farrell and Saint Emilion 2 into second place. Urbanus and Dunphy won the Intermediare II championship in Cavan on Friday.

Former multiple national champion Laragh O’Grady comfortably claimed the Elementary Category 3 title, being the only rider to achieve a score of over 70 per cent in both tests. Her partner was Mullentine Emerald Wolfe Tone, a six-year-old Jaguar Mail gelding which started competing in registered classes at the beginning of 2016.

While Mullentine Emerald Wolfe Tone was bred to be a show jumper, being out of a Cruising mare who competed at Dublin as a four- and five-year-old, Kinsau, which landed the Elementary Category 2 championship under Sophie Walshe, was bred to be a racehorse.

In fact, the 2009 Indian Danehill gelding did run once, being pulled up in a five-year-old geldings’ maiden at the Tinahely point-to-point in January 2014. During the summer, Walsh and Kinsau represented Ireland at the European eventing championships for Junior riders at Millstreet while they recently won the Junior title at the Silver Spurs finals.

Those competing at the national dressage championships had the advantage of riding indoors unlike those at the Ballindenisk international horse trials in Co Cork where the weather proved a challenge for competitors and organisers alike.